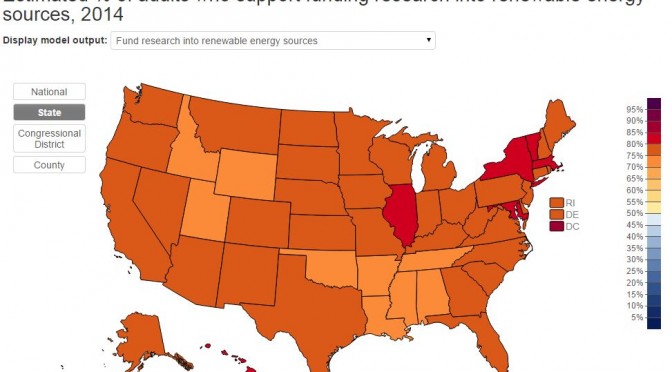 Buried in a massive 2016 spending bill for energy and water programs are budget cuts for valuable research into wind energy that the U.S. Senate should restore. 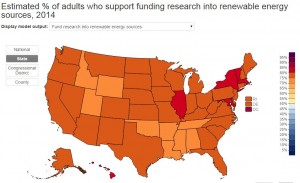 Yale University polling shows that there is no red/blue divide on funding research for renewable energy, which the Senate spending proposal would cut

The Senate Appropriations Subcommittee on Energy and Water Development, chaired by Sen. Lamar Alexander (R-TN), passed the spending bill including the wind energy research cuts on May 21, just before Congress left town for a recess from which it returned today. The full House approved its own version of the bill earlier in May on a 240-177 vote. The White House has threatened a veto unless the bill is changed later in the appropriations process, which reportedly is far from over.

Research at the U.S. Department of Energy (DOE) has helped advance technologies and drive down the cost of wind power and other renewables, said AWEA CEO Tom Kiernan, but such R&D would be cut by about $70 million in the Senate version of the appropriations bill.

“It’s not right to single out wind energy for these budget cuts, when it benefits so many people and has such broad support,” Kiernan said.

DOE field tests validated several ways of ensuring that wind farms can co-exist with radar at airports and military bases, working in collaboration with the Federal Aviation Administration, the departments of Defense and Homeland Security, and the National Weather Service.

“Funding from the Department of Energy for research initiatives in wind energy is critically important to advancing wind technology, ultimately lowering the cost of electricity,” said P. Barry Butler, Executive Vice President and Provost of the University of Iowa, and a member of AWEA’s R&D Committee.

“In addition, DOE-funded research conducted at America’s universities helps support the students who will become the next generation of innovators,” Butler added.

Last month the DOE released “Enabling wind power nationwide,” which reports that advanced wind turbine technology is on the verge of unlocking wind development opportunities in all 50 states. But continued research and innovation, driving further cost reductions, is needed to keep opening these new opportunities.

With that research, American wind energy can quadruple from today by 2030, according to DOE, and supply the U.S. with 20 percent of its electricity. That will support 380,000 jobs; increase tax payments to communities to $1.8 billion a year; and increase lease payments to farmers and ranchers to $650 million a year.

“Just when we’re making so much progress on wind energy technologies that Americans need and want, now is not the time to stop,” Kiernan said. “These research budget cuts must be restored.”