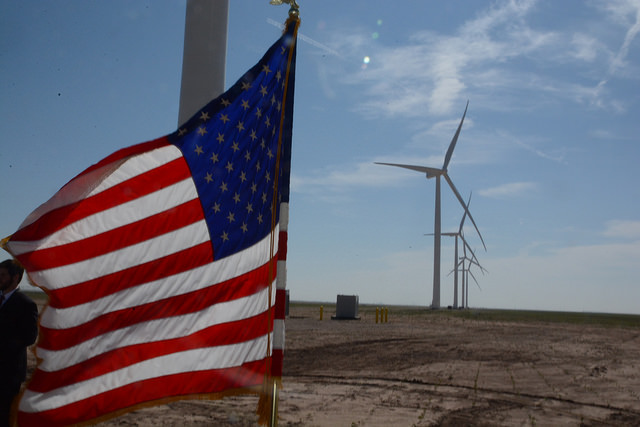 The Merricourt Wind Farm is being developed by San Diego-based EDF Renewable Energy, formerly known as enXco. It had sought and received a site permit from the PSC in 2011 but had not constructed the wind farm. It amended its plan to use 75 2-megawatt turbines rather than 100 1.5-megawatt turbines that were included in the initial plan.

The new plan was reviewed during a public hearing held by the PSC in Ashley on March 19. The ruling Wednesday was based on the information from that hearing.

“I commend the company,” Christmann said. “They regrouped and came back with better, more effective turbines and longer setbacks (from occupied residences.) But my concern is with excess acreage in the footprint. There are large amounts of undeveloped acres in the project.”

Christmann said there was no indication that those tracts of land were useful or necessary for the project and felt the land should be removed from the project plan.

“Altogether, there is about a section of land more than is necessary (in the project footprint),” he said. “I have no objection to these guys (EDF) paying these landowners, but I don’t want to see the company tying up the land.”

Christmann said North Dakota rules regulating coal mine permits limit the permit area to the land necessary for the mine and its operations.

“I think anytime we site these projects we want to site them to fit the project,” Christmann said.

Fedorchak disagreed saying the land in question had been enrolled in the project when the landowners signed easements.

“I support landowners’ rights to do what they want with their land,” she said.

Kalk said he was not concerned about the extra land in the project footprint because EDF had agreed to not construct additional turbines in these areas without approval from the PSC.

“The larger issue is they’ve made the right choices,” he said. “The move from 100 turbines to 75 means less impact.”

The PSC approval is conditional on approval from the State Historical Society of North Dakota, which must review any changes to the plan made since the 2011 approval.

The project is also seeking incidental take permits from the U.S. Fish and Wildlife Service. This permit would allow the accidental taking of endangered species, such as the whooping crane, in exchange for EDF participating in a habitat plan.

The incidental take permit is issued by the U.S. Fish and Wildlife Service and protects the company operating the wind farm from prosecution in the event an endangered species is killed.

As of the March 19 hearing, those permits were still under review.

“One thing that is unique about this project is the company is voluntarily seeking the incidental take permit,” Kalk said. “They will voluntarily participate in the habitat conservation plan.”

Kalk speculated that EDF would have a difficult time selling the electricity generated from the wind farm without an incidental take permit.

The Merricourt Wind Farm was first proposed in 2006. EnXco, now known as EDF, gained PSC approval of the project in 2011. At that time, Xcel Energy had contracted to purchase the power. Xcel canceled the contract and was sued by EDF. Xcel received a court ruling in its favor in 2013.