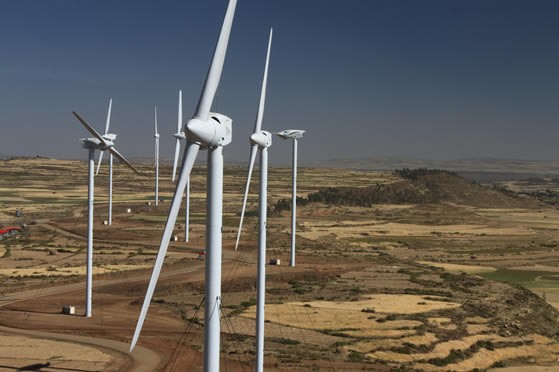 Ethiopia’s wind farm, dubbed as the biggest in sub-Saharan Africa, has been inaugurated 95 kilometer south east of the capital Addis Ababa.

The country’s Prime Minister, Hailemariam Desalegn inaugurated the third wind farm. The first has the potential of generating 20 mega 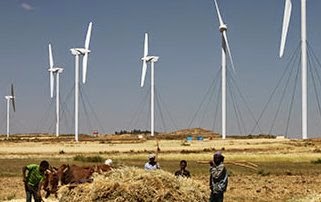 The new wind farm will have an installed capacity of 153 MW and estimated energy production of 477 GWh, a potentially crucial step for the country’s renewable energy industry.

Experts put Ethiopia’s hydropower potential at around 45,000 MW and geothermal at 5,000 MW, while its wind power potential is believed to be Africa’s third-largest behind Egypt and Morocco.

Adama II wind farm would significantly contribute to the nation’s sustainable growth, the premier was quoted as saying at the inaugural ceremony of the wind farm.