At least 93 megawatts (MW) of wind energy will be added to the Luzon grid in the last quarter of the year. According to the Department of Energy (DOE), two wind power projects with a combined capacity of 93MW in Ilocos Norte province are scheduled to be in full commercial operations in September and October. 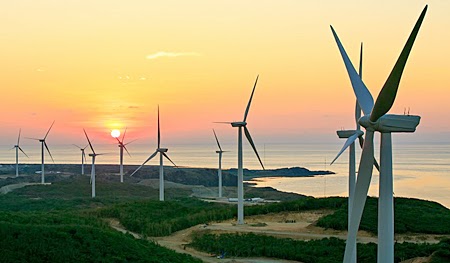 The Balaoi Wind farm acquired a DOE Certificate of Confirmation of Commerciality on December 2, 2013 and it targets to be commissioned in September. The DOE said as of December 31, 2014, the project is already 17.33 percent complete.

In the case of Pasuquin East Wind power plant, the DOE is waiting for the approval of its final work plan. It was granted a Certificate of Confirmation of Commerciality on December 2, 2013. The Pasuquin East Wind farm is set to be commissioned in October.

“The negotiation for financial closing is ongoing,” the DOE said in a statement.

The Energy Department noted the race in the construction of wind power plants in the country as the Energy Regulatory Commission (ERC) already released the feed-in tariff (FIT) rates for renewable energy sources.

But the ERC approved rates are quite lower than the proposed rates.

For wind energy, the ERC approved P6.63 per kilowatt hour (kWh) rate as compared to the proposed P10.37 kWh.

FIT is a set of incentives to lure power producers to invest in renewable energy, which is considered to be cleaner and more environment-friendly.