The industry is concerned that wind energy, solar power, hydro and other low-carbon technologies could see further cuts to financial support – concerns bolstered by recent EU negotiations on green targets. These saw the UK Government fight hard – and successfully – to block European attempts to impose a target for the proportion of energy that should be generated from renewable sources beyond 2020. 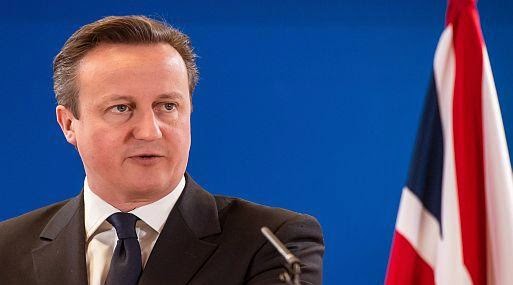 The Conservative election victory has dealt a severe blow to Britain’s green energy industry, campaigners have warned, as the new majority government prepares to scrap crucial subsidies for renewable power; champion the development of polluting shale gas; and make significant cuts to spending.

The renewable industry is most worried about the future of onshore wind farm developments, which the Tories have repeatedly dismissed as an unwanted eyesore despite being cheaper than other forms of green energy.

The party’s manifesto pledges “to halt the spread of onshore wind farms” – and although it is not clear exactly when subsidies for new land-based turbines will be scrapped, an announcement is expected soon.

But the Government’s axe is likely to fall across much of the renewable energy industry, campaigners say. They point to David Cameron’s plan to remove what he in 2013 reportedly called the “green crap” that subsidises renewable power from Britain’s energy bills as evidence of his dislike for alternative energy sources.

“There is nothing good for green energy about the Tories’ election,” said Tom Burke, a former director of Friends of the Earth and now chairman of the E3G sustainable development charity. “They are certainly going to show a lot of hostility to renewables and Britain is going to get left behind.”

Mr Burke said he was worried the Government could abandon tackling climate change “by stealth” – especially if the Department of Energy and Climate Change (DECC) is scrapped, which he says is a distinct possibility.

It is understood that discussions have taken place in Whitehall in recent months about a range of ways to dramatically cut civil service spending. Hiving off the energy part of DECC into another department, such as Business, Innovation and Skills (BIS), and putting the climate change function into the Department for Environment, Farming and Rural Affairs (Defra) is one option that has been considered – although it is not known how the talks have advanced.

DECC was created under the last Labour government to align the interests of energy provision and the action needed to tackle climate change by putting them under the same roof. Separating the two functions would be a blow to the battle against global warming and, in turn, against the UK renewable energy industry, Mr Burke said.

Even if the department remains, it faces considerable cost-cuts as part of a broader government cull, which may also see the wildlife adviser Natural England merged into the Environment Agency. The Former Deputy Prime Minister leader Nick Clegg said he blocked a Tory plan to merge them in the last government and the proposal is expected to be reconsidered now.

The UK’s renewable energy sector issued a desperate plea yesterday for the new Conservative Government to send an early signal that it was serious about supporting low-carbon energy.

“We are concerned about the future of onshore wind development, and that there is some suggestion the Conservatives are opposed to decarbonising the electricity supply,” RenewableUK deputy chief executive Maf Smith said.