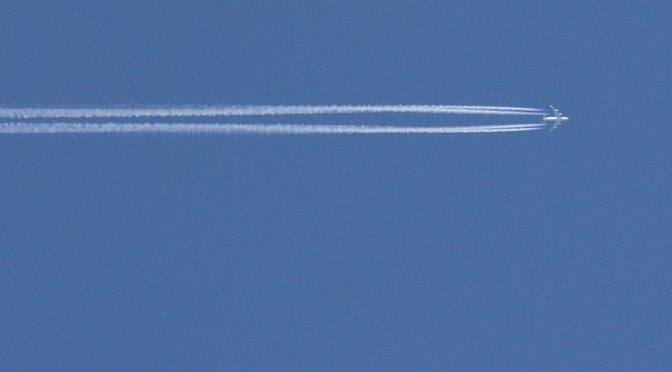 Aviation and the impact it can have on the climate can be integrated into international climate protection protocols. This would enable significant reductions in climate-related emissions and associated impact, with a modest effect on the demand for air transport. These are the findings of a recent study conducted by the German Aerospace Center (Deutsches Zentrum für Luft- und Raumfahrt; DLR). The research includes the overall effect of aviation on the climate – on average, this equates to approximately double the level of carbon dioxide emissions alone.

Aviation as a climatic factor

Global aviation is a continually growing sector of the economy. As such, emissions are also increasing, which contributes to climate change. “For decades, we have been seeing a significant increase in carbon dioxide emissions from aviation, and this trend has continued since 1990, the reference year for the Kyoto Protocol,” says Robert Sausen from the DLR Institute of Atmospheric Physics. “In addition to this, the aircraft emissions of species affecting climate, such as nitrogen oxides, oxides of sulphur, water vapour and carbon particulates have been increasing because of aviation.” Depending on the flight altitude and state of the atmosphere, aircraft can trigger contrails and contrail cirrus and further modify clouds,  which can impact the climate to a great extent. In 2005, global carbon dioxide emissions from aviation were responsible for around 1.6 percent of global warming; taking into account the other climate effects of air transport, this value was 4.9 percent. “It is essential that the total effect of aircraft on the climate is understood and that climate protection measures in aviation are considered from diverse perspectives,” emphasises Sausen. “For this reason, we have developed a model that reflects the total impact of aviation on the climate, as well as the effects of climate protection measures.”

Within the AviClim (Including Aviation in International Protocols for Climate Protection) study funded by the German Federal Ministry of Education and Research (Bundesministerium für Bildung und Forschung; BMBF), DLR scientists have been using the newly-developed model to test three potential climate protection measures: a climate tax, global emissions trading of all relevant climate-related emissions from aviation and a charge on nitrogen oxides – in addition to a carbon dioxide emissions trading scheme and operational climate protection measures. One example of operational measures is a change in cruise flight altitude. “Our results clearly show that open global emissions trading of all climate-related substances is superior to the other two political climate protection measures analysed,” says the leader of the study, Janina Scheelhaase from the DLR Institute of Air Transport and Airport Research. A climate tax in particular would disproportionately burden aviation, leading to a significant increase in prices and – as a result – a significant slowdown in the demand for air transport.

“In contrast, global emission trading offers greater flexibility. In addition to technical and operational measures in aviation, relatively inexpensive abatement measures in other sectors of the economy can be considered,” explains Scheelhaase. “Consequently, significant climate protection is possible with only a moderate slowdown in the demand for air transport. However, governments must ultimately make decisions on climate protection goals and the spreading of the resulting economic burden.” Options for reducing the climate effects of air transport by operational measures might include, for example, climate-optimised flight paths that take into consideration the prevention of warming contrail, or environmentally optimised aircraft.

Cushioning the effects of competitive distortions

Experience at the international level shows that the implementation of emissions trading has so far been fraught with numerous difficulties at the practical level. In principle, what is wanted is an initiative that is as global as possible – to achieve a significant effect for climate protection and prevent greater competitive distortion. “However, according to our results, significant climate protection effects can already be achieved in air transport if the large aviation states such as the member states of the EU, USA, Canada, South Korea, Japan, Singapore, China, Brazil and the Gulf States participate in political climate measures. Taken together, these states are responsible for more than 90 percent of all global aviation activity,” says Scheelhaase. “Against this background, it seems sensible to implement climate protection measures in aviation quickly in as many of these states as possible, instead of waiting for a worldwide solution.”

DLR conducted the AviClim study between October 2011 and March 2015. The German Federal Ministry of Education and Research funded the project within its ‘Economics of Climate Change’ sponsorship programme, part of the Research for Sustainable Development (Forschung für Nachhaltige Entwicklungen; FONA) framework programme.