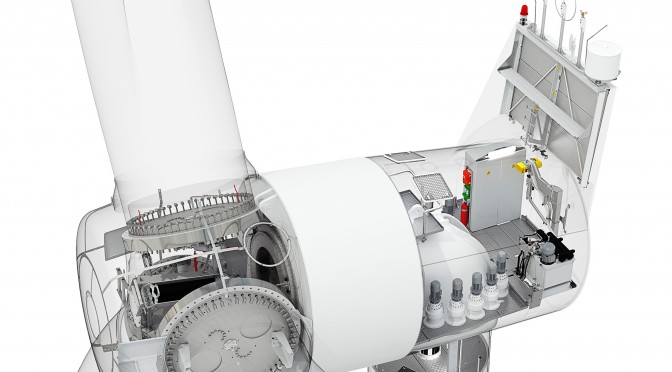 In honor of Earth Day, the Export-Import Bank of the United States (Ex-Im Bank) announced today that it will present its Deal of the Year and Renewable Exporter of the Year awards to Siemens Energy Inc. at the Bank’s Annual Conference in Washington on Thursday, April 23rd.

Thanks to Ex-Im Bank financing, Siemens was able to export wind turbines manufactured in Hutchinson, Kansas and Fort Madison, Iowa, to Peru. Ex-Im Bank financing not only levels the playing field for American goods and services, but it also fills private sector financing gaps, particularly when it comes to long-term energy projects in emerging markets.

The twin authorizations represented Ex-Im Bank’s first renewable energy transactions in Peru and supported approximately 400 jobs in Kansas and Iowa, according to bank estimates derived from Departments of Commerce and Labor data and methodology.

“We are proud to recognize Siemens Energy both as the Renewable Exporter of the Year, and for the vital role they played in Ex-Im’s Deal of the Year,” said Ex-Im Bank Chairman and President Fred P. Hochberg. “Siemens’ made-in-America wind turbines are increasing energy access in Peru, but more importantly, here at home, they are supporting hundreds of good-paying manufacturing jobs.”

The wind turbines are destined for use in the Marcona wind project and the Tres Hermanas wind project, which are located in close proximity in the Ica region of southern Peru and which are estimated to yield an aggregate 129 megawatts.

“Ex-Im Bank played a critical role in the export of our American-made wind turbines for these renewable energy projects in Peru,” said Jacob Andersen, CEO of Siemens Wind Power & Renewables Onshore Americas. “The ability to export equipment is helping sustain manufacturing jobs here in the United States. Through our factories in Iowa and Kansas, Siemens has made a long-term commitment to the success of America’s wind industry, and we will continue to seek opportunities to work with Ex-Im as we grow our exporting capacity and expand our footprint.”

Since 2009, Ex-Im Bank has authorized nearly $2 billion to support the export of U.S. goods and services related to renewable energy production.

Ex-Im Bank is an independent federal agency that supports and maintains U.S. jobs by filling gaps in private export financing at no cost to American taxpayers. The Bank provides a variety of financing mechanisms, including working capital guarantees and export credit insurance, to promote the sale of U.S. goods and services abroad. Ninety percent of its transactions directly serve American small businesses.

In fiscal year 2014, Ex-Im Bank approved $20.5 billion in total authorizations. These authorizations supported an estimated $27.5 billion in U.S. export sales, as well as approximately 64,000 American jobs in communities across the country.