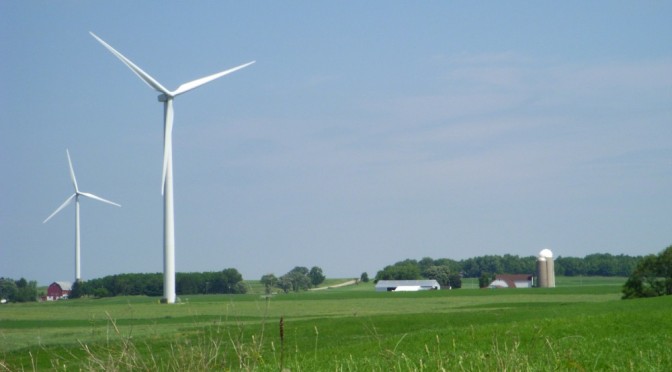 Every year, Earth Day draws attention to the importance of environmental protection. Here are 10 ways American wind energy plays an important role in protecting the environment in the U.S.:

1. Wind energy saves lives. The Department of Energy’s recently released “Wind Vision” report found that wind could provide over a third of U.S. electricity by 2050. 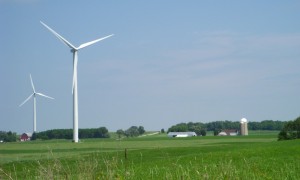 This would save $108 billion in cumulative public health costs by cutting deadly air pollutants, including preventing 22,000 premature deaths. For instance, wind energy emits no particulate matter, which is associated with heart and lung disease.

2. Wind energy helps us conserve water. With many states, particularly in the Southwest, facing crippling droughts, wind energy can help. That is because unlike many other energy sources, wind uses no water while generating electricity. As shown in the chart below, wind power avoided the consumption of 68 billion gallons of water during 2014:

6. Wind avoids other pollutants harmful to public health. For instance, wind energy also does not emit mercury or other heavy metals, unlike some other energy sources. These heavy metals collect in the food chain and are harmful to human and animal health.

7. Wind power pairs well with other clean energy resources like solar power. Wind and solar power complement each other, as wind production is generally strongest at night and during the Fall, winter, and Spring, while solar production is generally strongest during the day and summer months. AWEA has teamed up with the other renewable power sectors to support A Renewable America, a project of the Wind Energy Foundation that raises public awareness of the economic and other benefits of American-made renewable electricity.

8. Wind energy has a comparatively small effect on birds and other wildlife. Wind power is far less harmful to wildlife than traditional energy sources it displaces—including to birds, and their critical habitats. It is one of the only energy sources without population-level impacts, such as climate change-related habitat loss. No form of energy is free from impact. However, studies have shown wind energy’s impact to be among the lowest, as it emits no air or water pollution and uses no water during generation, requires no mining or drilling for fuel, and creates no hazardous or radioactive waste requiring permanent storage. Incidental losses at turbine sites will never be more than an extremely small fraction of bird deaths caused by human activities. Other causes include buildings (550 million), power lines (130 million), cars (80 million), pesticide poisoning, (67 million), and radio and cell towers (6.8 million). Even with its relatively low impacts, the wind industry is held to a higher standard and does more to study, avoid, minimize, and mitigate any wildlife impacts than any other industry. Resulting conservation programs by wind developers save habitats and help protect birds.

9. Wind energy coexists with plants and animals. Wind plants leave 98-99 percent of a property-owner’s surrounding land free for other uses such as farming, ranching, wildlife habitat, and recreation.

10. AWEA walks the talk. The American Wind Energy Association was recently recognized by the Green Seal Green Office Partnership Program™. This program honors offices that have taken steps to become more sustainable in their operational systems, including waste reduction and recycling, procurement, IT management, and staff education. AWEA also offsets all of its events through securing Renewable Energy Certificates. At this year’s WINDPOWER 2015 Conference & Exhibition, we will also work with Clean The World Foundation to create hygiene kits from recycled hotel room amenities.