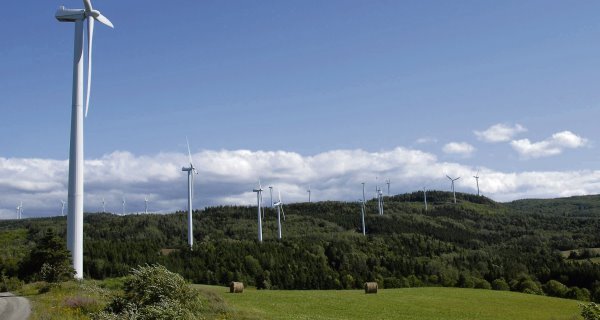 Gaelectric, the renewable energy developer, has announced it has completed the purchase from Enercon of a 46 MW wind farm at Cloughboola in Kerry.

Based on estimates from the Sustainable Energy Authority of Ireland, it could potentially power almost 30,000 homes.

The project comprises 16 wind turbines, each with a maximum 3 MW generation capacity.

Construction is now underway with energy generation from the turbines expected to commence by the third quarter of 2016.

Based on standard industry figures, the project is estimated to cost between €20m and €30m.

The announcement comes just days after Gaelectric revealed that it made two new separate wind farm purchases. The investments in the Kilkenny and Tipperary projects are estimated to have cost the firm between €10m and €15m.

Gaelectric is now aiming to go on a spate of acquisitions and developments to hit its target of having 400 MW of projects generating power across the island of Ireland by 2017.

It currently has 150 MW of generating assets across six projects both north and south of the border. Gaelectric also has a further 40 MW in place via “shovel-ready” projects, with grid connections and full planning approval in place. An additional 14 MW of projects are in planning.

The head of Gaelectric’s wind energy division, Barry Gavin, said: “Cloghboola is a significant addition to our onshore portfolio in Ireland and moves us closer to our target of 400 MW of spinning assets by the end of 2017.

“This target will ultimately be achieved through a combination of commissioning our own projects together with acquisitions of projects at various points along their development cycle where we can add value,” Mr Gavin said. He added that the prospect of controlling such a large portfolio of developments “has opened up the opportunity for Gaelectric to independently manage the commercial supply of this power from our wind farms and those of other independent wind developers.”

Gaelectric said it has now established a new markets and trading division to commercially manage power supplies from its own wind farms and those of other operators.

The company is now managing a portfolio of nine projects located in several counties including Tyrone and Leitrim.