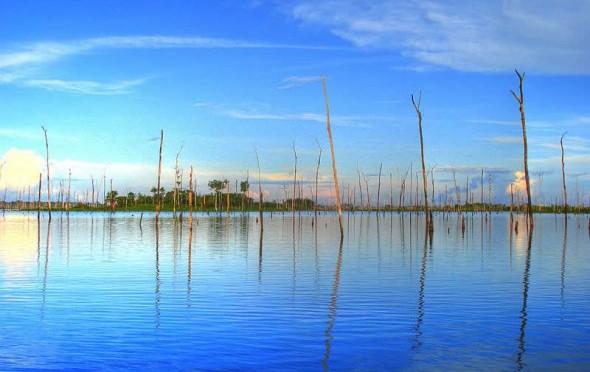 The solar energy project at the 250 MW Balbina hydroelectric plant in the Amazon is hoped to be the first solar development at hydroelectric dams whose construction results in large and ongoing releases of methane as well as to the initial loss of habitat.

Electricity generated by the first 350 MW pilot plant is expected to cost between approximately $68 and $77 per megawatt hour.

Floating solar farms have been rapidly gaining popularity around the world – they solve issues relating to land usage, reduce water evaporation and the growth of algae. The water also helps to keep the solar panels cool, boosting conversion efficiency.

The country’s 250 MW Balbina hydroelectric plant has, however, courted controversy amid claims the methane released from the massive reservoir make it more greenhouse-gas intensive than most coal plants.

But the floating solar array could help address this and other problems, as it has been shown to reduce water evaporation and restrict the growth of methane-producing algae. The water also helps to keep the solar panels cool, boosting their conversion efficiency.