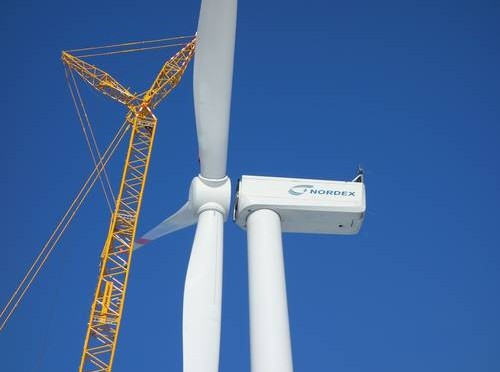 Nordex thus reached the upper end of the guidance range which the Management Board had most recently revised upwards in November 2014. With a margin of 4.5 percent, EBIT also matched the Company’s expectations, rising by 76 percent to EUR 78.0 million (2013: EUR 44.3 million). Consolidated net profit increased almost four-fold to EUR 39.0 million (2013: EUR 10.3 million).

The continued double-digit growth was materially underpinned by strong business performance in the company’s core EMEA region (Europe and Africa) as well as in the Americas. Thus, at 84 percent, EMEA again contributed the bulk of Nordex’s sales, while business in the Americas grew at an above-average rate to EUR 200.7 million (2013: EUR 81.7 million). In Asia, sales improved by almost 75 percent from a low level to EUR 72.2 million (2013: EUR 41.3 million). Production output was also up, with expanded capacity allowing rotor blade production to rise by more than 55 percent to 507 units. At the same time, turbine assembly output increased to 1,417 megawatts (2013: 1,342 megawatts).

A below-average increase in structural costs had a positive impact on operating earnings. Staff costs and net other operating expense together climbed by only three percent. Further factors with a positive effect on earnings included a higher degree of vertical integration, a more profitable product mix and cost-cutting efforts in various operating areas. Consolidated net profit rose at a disproportionately strong rate due to the more favourable funding terms. Nordex entered into a new loan contract in February 2014 which included a larger credit facility on more favourable terms. 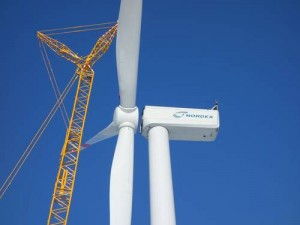 “Our order book forms a good basis for a continued positive development in the current year. At the moment, there is very strong momentum in our market in general and for the Nordex Group in particular. We will now be consider in greater detail the extent to which we want to make use of the growth options available to us,” said Dr. Jürgen Zeschky, CEO of Nordex SE. Nordex will release its final annual financial statements as well as guidance for the current year at its annual press conference in Frankfurt/Main on 23 March 2015.