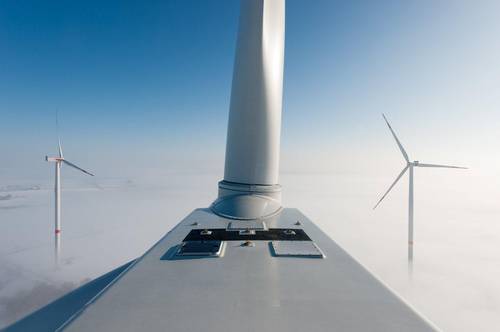 The Nordex Group has been awarded the first contract by STEAG New Energies GmbH for the installation of a wind farm in France.

It will be supplying nine Generation Delta N117/3000 turbines for the “Onze Muids” project, which STEAG previously acquired from Lower Saxony-based wind farm developer Volkswind. The contract also includes the provision of premium service by Nordex France for 15 years. The wind farm is scheduled to go online in early 2016.

“Onze Muids” is one of several projects being executed by STEAG New Energies GmbH in France (Lorraine and Bretagne). The current wind farm is being built in Picardy in the department of Aisne near Hauteville. With an average wind speed of 6.9 m/s at a hub height of 91 metres, the expected annual energy yield comes to around 81 GWh, equivalent to an above-average capacity factor of more than 34 percent.

Says Dr. Stephan Nahrath, management spokesman of STEAG New Energies GmbH: “We are pleased to be able to continue the partnership which we forged with Nordex in 2013. Nordex is a very experienced supplier in France, something which gives us the necessary basis for implementing our onshore wind strategy in France. “

“To date, Nordex France has placed a total of 1,336.5 MW on line and developed and sold projects of over 500 MW. We are thrilled that STEAG has decided to use our Generation Delta turbines for its project in France as this demonstrates the trust that it has in our products and service,”, says Lars Bondo Krogsgaard, Chief Sales Officer at Nordex.

As one of the technological leaders in multi-megawatt wind power systems, Nordex is benefiting from the trend in favour of large-scale turbines. The Generation Gamma range comprises the N90/2500, N100/2500 and the N117/2400, which is one of the most efficient series turbines for non-coastal regions. To date, over 2,600 of these turbines have been produced. With Generation Delta, Nordex is now offering the fourth generation of its proven multi-megawatt platform (N100/3300, N117/3000, N131/3000). Nordex has installed more than 6,000 turbines with an aggregate capacity of over 10,000 MW all around the world. With exports accounting for around 70 percent of its business, Nordex SE also plays a key role in international high-growth regions. The Company has offices and subsidiaries in 22 countries around the world The Group currently has around 2,900 employees around the world.