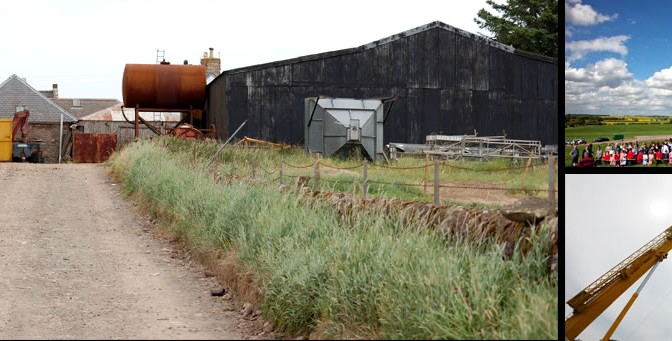 Leading UK renewable energy expert UrbanWind is powering ahead with plans to erect a 500kW wind turbine in rural Fife.

Diggers have moved in as the company’s expert team starts work on the project, which will see the EWT Turbine generating electricity from a site in Fife.

Construction work will involve a team of 10, and will take 6 to 8 weeks to complete the scheme. The turbine is then scheduled for commissioning in mid-May this year.

It will produce 1.8 million kWh of clean energy per annum, enough to provide for 90 households. It will also save around 860 tonnes of CO2 per year. Over the 20-year predicted lifespan of the project, the turbine is set to save in excess of 17,200 tonnes of CO2, the equivalent of taking 200 cars off the road for the same period.

EWT is a leading turbine supplier of direct drive wind turbines. Its turbines generate electricity for customers from Alaska and the mainland US, to Europe and across Asia.

This is the latest project for Glasgow-based UrbanWind as growing numbers of landowners, businesses and organisations look to renewable technology to address rising energy costs, generate additional revenue, reduce carbon footprint and provide a sustainable future.

The Fife project is made possible through UrbanWind’s ground-breaking finance models for landowners.

Paul McCullagh, CEO of UrbanWind, said: “As the beginning of the Fife project highlights, we have started 2015 strongly, with a growing number of projects across the UK confirmed or in the pipeline.

“We are starting to bring an increasing number of wind turbine technology plans off the drawing board and into reality on sites across the country.

“The Fife development will be followed shortly by a number of other similar construction projects in other parts of the UK.

“We are finding a growing appetite for medium-scale wind turbine technology from landowners and agricultural businesses in particular.

“They realise that it can help them generate valuable additional revenue streams, tackle their high energy use and realise the ambition they have to utilise their land assets further, as well as cutting their carbon footprint.”

UrbanWind is continuing to identify and develop more sites across the UK as it rolls out its expansion plans.