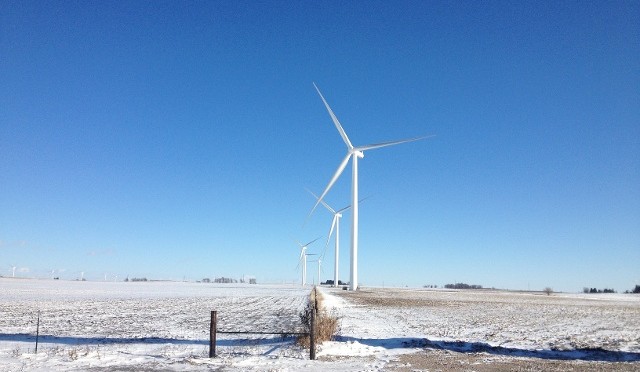 MidAmerican will have 1,715 wind turbines when the entire wind power project is complete.  That’s enough capacity to power the equivalent of more than one million average Iowa homes.

The company is building five new wind farms as part of its 1,050-megawatt wind power project, which is the largest economic development project in Iowa history at $1.9 billion.

The three recently completed wind farms are in Lundgren in Webster County, Macksburg in Madison County and Wellsburg in Grundy County.

“With more than half the wind turbines in our Wind VIII project up and running, we’ve reached a major milestone in the development of another sustainable energy solution for our customers,” said Adam Wright, vice president, wind generation and development for MidAmerican Energy. “By 2016, we’ll be able to produce enough energy from wind to meet the equivalent of approximately half of the electricity needs of our retail customers.”

The final piece of the five-wind farm project will be the 495-megawatt Highland wind farm in O’Brien County.  It is expected to be finished by the end of 2015.