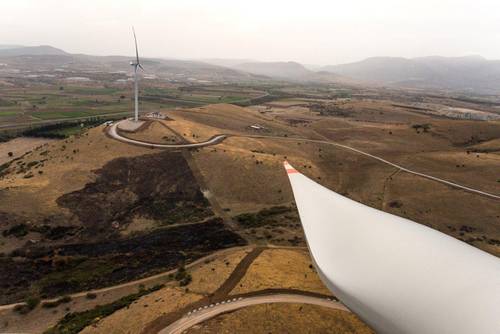 Turkey’s aim is to supply 30 percent of its total energy demand from renewable energy including wind energy, solar power and hydropower.
The planned installed capacity for 2023 for wind power plants is 20,000 megawatts.

Turkey’s electricity production from wind power increased by 11.65 percent reaching to 8.367 million megawatt hours in 2014 compared to the previous year.

Turkey aims at producing its energy from indigenous and renewable resources in line with its 2023 targets. The country has over 68,000 megawatts of total installed capacity in electricity and aims to reach levels of 110 thousand by 2023.

Indigenous and renewable energy resources help Turkey to reduce its current account deficit as well. The 11.65 percent increase enabled Turkey to pay $850 million less for natural gas in 2014 because the country uses almost half of its natural gas imports for power generation.