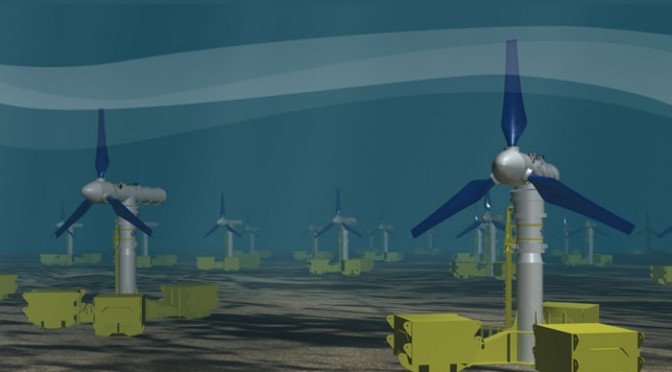 tlantis Resources Limited’s Canadian subsidiary has been awarded a Feed-in Tariff for up to 4.5 megawatts of tidal generation to be deployed at the Fundy Ocean Research Center for Energy (FORCE) in Nova Scotia, Canada.

The Developmental Feed-In-Tariff award of C$530 (£292) per megawatt hour (MWh) provides revenue support for Atlantis to deploy and operate up to three state-of-the art AR-1500 turbines at FORCE.

The approval on Friday from the Nova Scotia Government allows Atlantis’ wholly-owned subsidiary Atlantis Operations (Canada) Limited to enter into negotiations for a 15-year power purchase agreement with incumbent network operator Nova Scotia Power Limited, under which it may deploy and operate up to three state-of-the art 1.5MW AR-1500 turbines at FORCE.  The Nova Scotia Utility and Review Board set the Developmental Feed-in tariff in November 2013 with the goal of enabling the tidal energy industry to grow and develop in Nova Scotia.  The Nova Scotia Department of Energy manages the Developmental Feed-in Tariff programme.

The Feed-In Tariff award is the latest in a series of major developments for Atlantis in Canada.  In June 2014, the Company concluded a C$5 million Grant Agreement with Sustainable Development Technology Canada (SDTC).  In October 2014, Atlantis signed a Sublease Agreement for a tidal turbine berth at the FORCE facility, together with a Project Agreement with the Nova Scotia Department of Energy. Subsea electrical cables were laid at the FORCE facility in October 2014.

“We are delighted that the Nova Scotia Government has chosen to make this substantial award to Atlantis.  This is another crucial milestone in our Canadian project plans, following our SDTC grant award and award of a lease at the FORCE facility earlier in the year.  Having also reached financial close on the first phase of our MeyGen project in Scotland, we are building momentum on our projects around the world, realising our goal of bringing cost effective clean energy to market at commercial scale – on both sides of the Atlantic.”

“Tremendous opportunities in the tidal energy sector are opening up in Nova Scotia and we’re contributing to that momentum.  We’re committed to ensuring the industry moves forward in an environmentally responsible and sustainable way.

Under the planned project, Atlantis intends to initially deploy a single 1.5MW AR-1500 tidal turbine system – enough to power up to 750 local homes.  The company intends to open a project office in Halifax, N.S., in early 2015, with turbine deployment operations planned for late 2016.