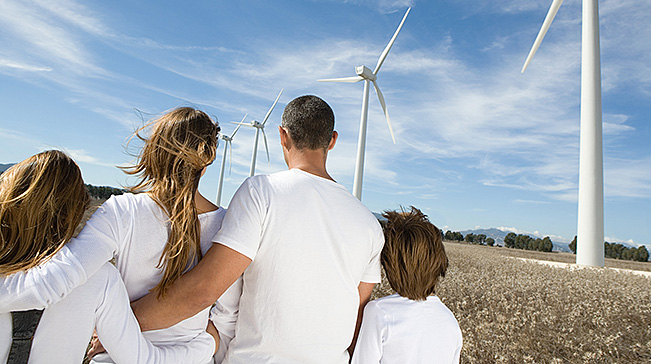 Living in close proximity to wind turbines does not harm human health, according to a study by the Massachusetts Institute of Technology (MIT).

The review took into consideration health effects such as stress, annoyance and sleep disturbance among others that have, in the past, been raised in association with living close to wind turbines.

“No clear or consistent association is seen between noise from wind turbines and any reported disease or other indicator of harm to human health” the study found.

The MIT authors considered a number of case studies in Europe and the U.S. to assess the impact of infrasound and quality of life for the populations close to wind farms.

While complaints from residents were more common during the construction of wind farms, other technologies such as gas and oil facilities drew more public criticism.

One case study in northern Poland, identified as the largest study of wind turbine noise, showed that those living next to wind farms reported the best quality of life and those living further than 1,500 meters scored the worst.

The report concluded that living in close proximity to wind farms does not result in the worsening of, and might even improve, the quality of life in that particular region.

Iván Pineda, head of policy analysis at the European Wind Energy Association, said: “These results should lay to rest any concerns that some citizens may have with regard to living near wind turbines.”

Measurements of low-frequency sound (LFN), infrasound and tonal sound show that infrasound is emitted by wind turbines but disturbances to homes are typically well below audibility levels.

Four large turbines and 44 smaller turbines were investigated in the Netherlands but infrasound levels were not deemed to cause problems and LFN sound in residential areas did not exceed levels from other common noise sources such as traffic.
The study was funded by the Canadian wind energy association, CanWEA, and the European Wind Energy Association (EWEA). Both EWEA and CanWEA had no input into the study and were not involved in the formulation of the results. MIT conducted the review independently.

You can find more information here.