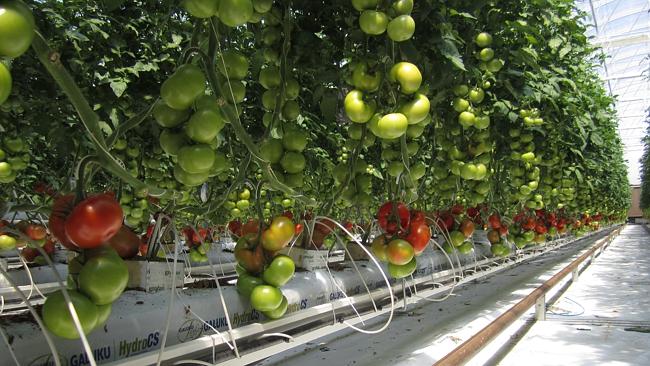 The greenhouse concentrated solar power (CSP) complex will grow more than $50 million worth of produce a year.

About 100 jobs will be created in the construction phase, which will take about 18 months, with a further 200 positions being created once the greenhouse is operational.

The brainchild of English banker Philipp Saumweber, the Sundrop Farms greenhouse project has been backed by KKR, the world’s largest private equity firm, and has a 10-year supply agreement with supermarket giant Coles. Mr Saumweber said the KKR funding would be used to significantly expand Sundrop Farms’ glasshouse facility at Port Augusta and underpin the firm’s international development. Today, SA Premier Jay Weatherill announced that the Goverment had pledged $6 million from its Regional Development Fund towards the expansion.

He said the Suncorp complex would go from one greenhouse to 100.

The Sundrop system uses concentrated solar power to create the heat, electricity and desalinated water needed to feed and power its farming operations. “We grow food where land is too arid for farming, freshwater is in short supply and domestic food security is a concern,” Mr Saumweber said.

“Farming with typical agricultural inputs would be unsustainable in these regions so Sundrop uses renewable energy to heat, power and water its crops.

“Sundrop is the world’s first commercially and environmentally sustainable arid climate agriculture business and this significant investment is at the heart of our growing strategy.”

Mr Saumweber said the greenhouse facility would produce more than 15,000 tonnes of vegetables annually for markets across Australia. Sundrop and KKR intend to develop a hub of agricultural innovation for arid climates in Port Augusta which would blaze a trail for further development in countries with similar environmental conditions.

The KKR’s investment would also support plans to expand into the Middle East, North America and other supply-constrained markets around the world.

He argued the Government’s contribution was helping to create local jobs and it was “irrelevant” where SA produce was sold.

Mr Durkan said demand for truss tomatoes “consistently outweighs supply” and was expected to grow by between 15 and 25 per cent each year.

Mr Weatherill said schools in Port Augusta had begun offering horticultural training to “prepare students for potential opportunities that this project will provide”.

Work will start immediately on the expansion and is due for completion in 2016.