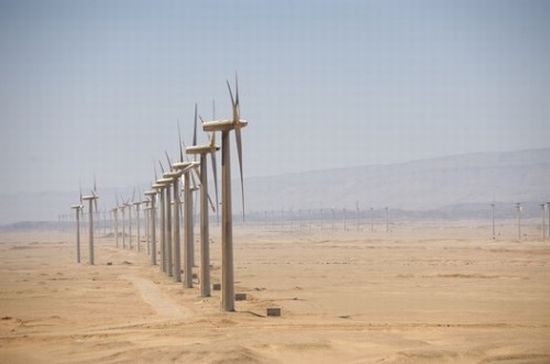 Italcementi signed an MOU with the Egyptian government to build a wind farm on the Red Sea, part of the country’s effort to mitigate its power shortages through renewable energy.

The company will build a wind power facility to generate 120 megawatts of electricity with an investment of $200 million, Omar Mehanna, chairman of Italcementi’s subsidiary in Egypt

Suez Cement, said in a phone interview. Construction is expected to begin in the second quarter of 2015, and production by the end of that year, he said.

Egypt has been suffering from an acute energy crunch for almost four years, with frequent power cuts fuelling discontent against former president Mohamed Morsi and leading to his eventual ouster in 2013.

The government will provide an 11 square-km piece of land in El-Zaafarana coastal town, 200 km east of Cairo, to Italcementi through a usufruct agreement.

A later stage of the project will see Italcementi building a facility to produce 200 megawatts with an investment of $330 million, Mehanna said.

The agreement was signed during President Abdel-Fattah El-Sisi’s visit to Italy where he met with Italian officials, the pope and business representatives.