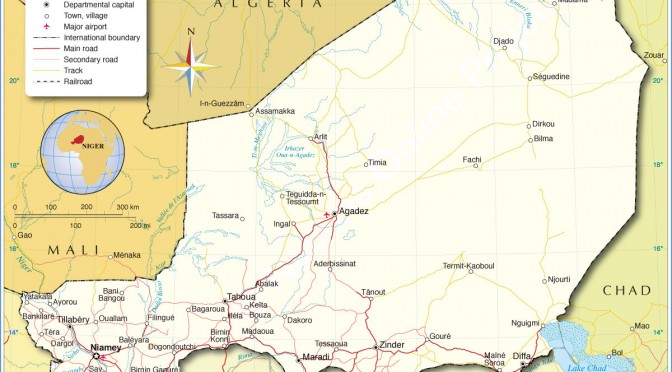 A tax exemption for some 1,260,000 solar lamps and the creation of a national platform for promoting renewable energy.

These are two direct, positive impacts of the 2013 conference and workshop focused on improving the renewable energy technologies market in Niger.

The four-day event, organised by SNV in collaboration with the Government of Niger, and UNDP, provided a unique occasion to develop a roadmap for improving the enabling environment for renewable energy with a focus on solar energy.

The Republic of Niger, with only 9% of the population connected to the grid and less than 5% of the population with access to non-solid cooking fuels (Global Framework Report, World Bank 2013), has one of the lowest access rates to modern energy services in the world. This seriously impedes steps towards socioeconomic development. Whereas 40 years ago Niger was a pioneer in solar technology promotion, largely due to the work of Professor Moumouni of ONERSOL (now known as National Center for Solar Energy, CNES), regionally Niger is now lagging behind its counterparts such as Mali, Burkina Faso, and Senegal.

Given the potential for Niger to make widespread and profitable use of renewable energy, SNV, the Government of Niger, and UNDP decided to organize a large 3-day event to launch an institutional dialogue aimed at formulating long-term, national objectives acceptable to all stakeholders. Of course, this gathering was a great occasion to increase awareness about national and international initiatives in order to share knowledge and inspire solutions adapted to the Niger context. Additionally, this workshop also focused on fostering a strong commitment from Nigerien authorities and policy makers to promote renewable energy with concrete actions and decisions. To this end, the organizers involved the participants in creating a roadmap to promote and scale up renewable energy access in Niger.

The event started with a conference on the 17th of September, which highlighted the opportunities for Niger in renewable, particularly solar, energy that can pave the way for an increased access to energy for the Nigerien population, especially those living in off-grid areas. Opening speeches from the Governor of Niamey, the UNDP representative, the Country Director of SNV, and the Minister of State, Minister of Plan and Urbanism, who represented the Prime Minister, all recognised the essential role of energy, and the need to tap into Niger’s renewable energy potential to bring about sustainable development and economic growth. The keynote presentation began with insights from the study ‘Building an Enabling Environment for the Promotion of Renewable Energy in Niger’, which launched a debate, followed by an overview of international initiatives on the SE4All programme and a presentation on the National Program on Access to Modern Energy Services (PRASE[1]). Discussions focused on the various applications of solar technologies; solar use in manufacturing, social services, agriculture and households. SNV attracted sizeable interest for its Off-Grid Dairy Project.

On September 18th and 19th, workshops focused on guiding the main stakeholders through a series of exercises to conduct a thorough environmental review of the solar sector in Niger. In addition, these two days provided an opportunity to look at best practices from a regional perspective with presentations by AMADER, ASER and FDE. Each day was specifically designed to provide insight into national and regional programmes. On September the 20th, a selected group of stakeholders composed of governmental institutions, the private sector, and academia convened to finalise the Roadmap for achieving an enabling environment for a sustainable solar market agreed upon by all stakeholders. The event closed with a reading of the  Niamey Declaration for Renewable Energy to the Minister of Energy and Petroleum (MEP) and a press conference. The event succeeded in not only bringing local stakeholders together, but by also providing an excellent platform for participants to learn from best practices at the regional level with presentations by ASER, AMADER, and FDE.

As direct follow-up to this event, a tax exempt status has been achieved for some 1,240,000 solar lamps and the National Association of Solar Professionals (APE-Solaire) has become the national platform for promoting renewable energy and has organised an official kick-off meeting. A multi-stakeholder task force has been created to follow-up on the implementation of the roadmap.