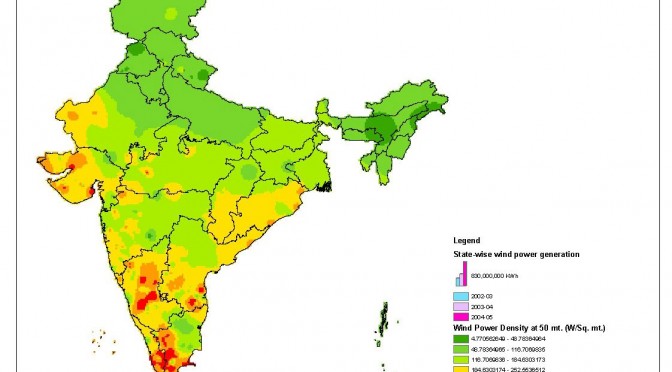 According to the Indian Wind Turbine Manufacturers Association, the wind energy industry in the country would see an addition of around 3,000 MW of capacity during the year compared to 2,100 Mw last year.

The association also expects to forge an alliance with the Wind Independent Power Producers’ Association, an organisation of IPPs, to raise common issues with the government.

Speaking to reporters on the sidelines of Renergy 2014, Mr Madhusudan Khemka, chairman of IWTMA and MD of ReGen Powertech, said that “At an all-India level, this year we expect an addition of around 3,000 MW. If the accelerated depreciation is also there, this will increase another 1,500 MW or more.”

He said that the association is seeing more investments in states like Rajasthan, Madhya Pradesh and Maharashtra on wind power and this should be considered a positive sign. However, in Gujarat, where there is an installed capacity of around 3,000 MW of wind power, the industry is waiting for some policy changes related to accelerated depreciation.

He added that in Tamil Nadu where the addition of wind power was not up to the earlier trends for over more than one year, the industry is upbeat in the near term. With the increasing evacuation capacity, the state is expected to see an increase in capacity addition.

The total installed capacity of wind energy in Tamil Nadu is 7,248 MW. This is almost 40% of the total installed wind energy capacity in the country, according to Tamil Nadu Energy Development Agency. The state government recently announced the removal of restrictions and control on wind power evacuation and withdrawal of all load shedding in the state which has come as a breather to the industry which has been suffering various issues in the state in the recent past.

Mr Khemka said that “While the state might see an addition of around 300 MW this year, it would grow faster in the next two years. During 2011-12, the industry has added around 1,000 MW of wind energy in Tamil Nadu and we are expecting to repeat the same kind of installation in next two years. According to industry sources to set up one mega watt of wind farm it would cost around INR 6 crore.”

He added that “The association, which has 19 members, is planning to forge alliance with WIPPA, which has around 30 members, as a common platform to raise the common issues to the government. Together, we represent almost 70-80% of the wind power industry in the country.”