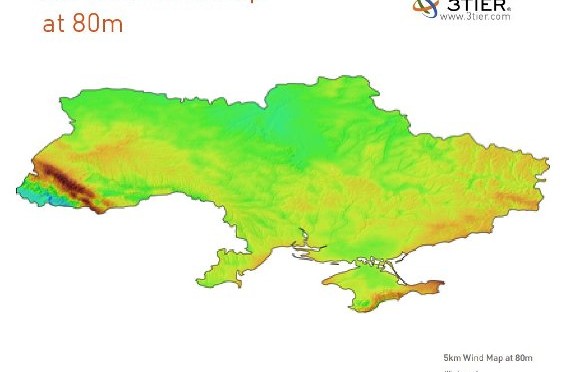 The largest Ukrainian organization in the field of renewable energy has become a member of Global 100% Renewables, which aims to create worldwide infrastructure capable of supporting global energy consumption by 100% from renewable sources.

According to the APEU President Vitaliy Daviy, cooperation with the Association of Global 100% Renewables is intended to strengthen the integration of Ukraine into the global energy community, as well as to create an information platform for the active development of renewable energy at the national level.

“Today as never before, Ukraine needs an active and effective implementation of the sustainable development principles in the energy sector, in particular in the development of renewable energy. Ukraine is tied to Russia in accordance with gas supply and nuclear fuel. The only way to avoid this destructive addiction is a fundamentally new model of energy supply for the country. Global Initiative 100% Renewables aims to complete rejection of the world economy from traditional fuels and energy. This is our vector of the development,” the head of APEU said.

The new Ukranian government is also considering providing additional benefits to the investors of wind power projects, in particular reducing bureaucratic hurdles associated with granting state allowances for building new wind farms. However, the government has no plans to reduce the local content requirement for the building of wind power plants, which should reach 50% from 1 July.

One of the main ideologists of Global 100% Renewables (advisor of the organization) is the creator of the European legislative “green” tariff model on supporting renewable energy, ex-member of the Bundestag Hans-Josef Fell. He is confident that Ukraine has no other way of building a strong and independent country besides a rejection of Russian gas and reducing the share of nuclear energy against the backdrop of the active development of alternative sources.

One of these is the LLC Wind Power company, which is part of DTEK, one of Ukraine’s largest energy holding companies, owned by Ukranian billionaire Rinat Akhmetov. In April, LLC commissioned 35 wind turbines for the second stage of the Botievsky wind farm, located in the Zaporozhye region, and which is part of the Priazovsky wind project, thus increasing its capacity up to 200MW.

It will generate about 600 million kilowatt hours of electricity annually and will be the largest wind plant in Ukraine. The total investment in the construction of the wind farm amounted to EUR 340 million. Part of the funds for the project were provided by Germany’s Landesbank Berlin.

In addition to Botievsky, DTEK also plans to continue developing two other wind farms as partof the Priazovsky complex: the Primorsky and Berdyansky projects. Full commissioning of the three additions to the Priazovsky complex, taking it to a total capacity of 550MW, is expected before the end of 2017. Vestas will supply all Priazovsky turbines.

Although Botievsky and Priazovsky are in the Russian-speaking regions of Ukraine, the Zaporozhe region in the south is currently stable. Still, DTEK, and Akhmetov, are believed to have a good relationship with the Russian government and a compromise deal with them could probably be achieved.

Other projects previously announced may also still go ahead, including Eco-Optima’ wind farm in the Starosambirskyi area of the Lviv region, for which the investment is estimated at EUR 15 million, and a project by a consortium of Belgium Greenworx Holding NV and Turkish Guris Construction and Engineering.

According to Vitaly Murashkin, a senior analyst at the “Alternative” Association, which is one of Ukraine’s leading associations in the field of renewable energy, Investors still interested in the Ukrainian wind power market include German developer WKN and French utility Compagnie Nationale du Rhône a.

The total capacity of the country’s wind power plants should reach 4GW by 2030, however, according to the current Ukranian government, these plans should already be implemented by 2020-2022. At present, total capacity is estimated at 500MW, of which about 370MW is connected to the grid.

At the same time, nothing scares off investors more than political and regional uncertainty. Evidence of this follows Russia’s occupation of the Crimea, where Compagnie Nationale du Rhône dropped plans to build a 50MW wind power plant. The same decision has also been taken by WKN, which planned to build two plants in the Krasnoperekopskiy and Dzhankojsky areas of Crimea before the change of power with total capacity of 400MW.

In this context, cooperation between APEU and Global 100 % Renewables can be an important impetus for the implementation of this strategy.

“Gas and oil dependence of Ukraine has always been one of the key reasons of political crises in the country. Wind and solar power, biogas production can potentially make Ukraine independent of energy imports in a few years. Moreover, the development of renewable energy is a very efficient way to promote the overall growth of the national economy,” one of the most authoritative international experts said.

In 2014, one of the main information platform for the discussion and implementation of the strategy of energy independence of Ukraine and the EU in particular will be EuroSEF-2014 Forum Reducing the Energy Dependence of Europe, which will be held in Brussels on 30 September.