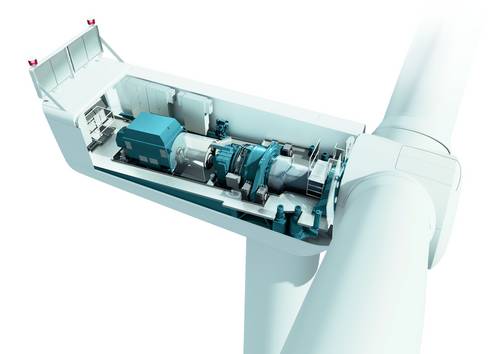 The European Investment Bank (EIB) will support the research and development activities (R&D) of wind turbine manufacturer Nordex SE. The bank will provide the company with a loan of EUR 100 million for its multi-year R&D programme.

The global Group specialises in the development, manufacture and installation of wind turbine generators. Within the framework of the R&D programme, which is due to run until 2017, Nordex will work together with suppliers and research institutes in the European Union.

With this research Nordex plans to step up the development of increasingly efficient technical solutions in order to improve its competitiveness. At the same time the company aims to achieve grid parity for wind energy in all standard locations. Onshore wind power already counts among the most economical methods of generating electricity within the renewable energy sector. This source thus plays a key role in cost-efficient climate protection and helps reduce dependence on fossil fuels.

Among the focus areas for funding activities of the EU bank are projects designed to protect the climate and the environment. In 2013, financing in this area accounted for a total share of EUR 19 billion with the expansion of renewable energies playing a key role. In 2013, the EIB provided loans amounting to EUR 6.4 billion for this purpose. The bank believes that programmes such as that set up by Nordex make a major contribution to meeting the EU climate targets, which, among other things, stipulate that the share of electricity generated from renewable sources is to increase to 27 percent across the EU by the year 2030.

Signing the loan agreement, Wilhelm Molterer, Vice President of the EIB whose responsibilities include financing activities in Germany, said: “Wind energy not only plays a key role when it comes to Germany’s ambitious energy turnaround. It also makes a substantial contribution to meeting the binding EU-wide climate targets. With its wide-ranging expertise Nordex numbers among the most important companies in the wind energy sector. Intensive research work is the basis of this success. This is why we as a EU bank consider the financing of R&D to be one of our central tasks.”

Background information:
The European Investment Bank (EIB) is the European Union’s bank for long-term financing. It is owned by the member states of the EU. The EIB’s task is to promote the aims of the EU by providing long-term finance for viable projects. Apart from financing research, development and innovation, the bank focuses its activities on strategic infrastructure, resource efficiency as well as small to mid-size companies.

As a technological leader among suppliers of megawatt turbines, Nordex benefits particularly from the global trend towards large wind turbines. The Generation Gamma product range comprises the N90/2500, N100/2500 and the N117/2400, which is one of the most efficient inland turbines. To date more than 2,600 turbines from this platform have been produced. This means that Nordex has a crucial edge in terms of experience in operating large turbines compared to most of its competitors in the sector. With Generation Delta Nordex is now offering the fourth turbine generation of the proven multi-megawatt platform (N100/3300, N117/3000, N131/3000). Overall, Nordex has installed around 6,000 turbines with a capacity in excess of 10,000 MW around the world. With exports accounting for over 80 percent of its business, Nordex SE also has a strong position in international high-growth regions. The company has offices and subsidiaries in 22 countries around the world. The Group currently employs a workforce in excess of 2,500 worldwide.