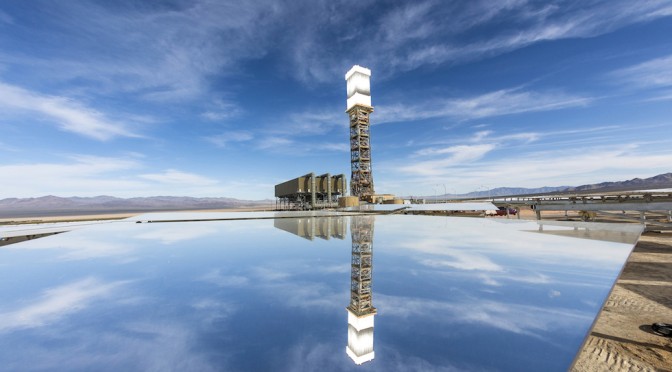 Solar energy is booming across the U.S., with capacity up an astounding 418 percent in the last four years alone, according to data released this week by the U.S. Energy Information Administration (EIA).

Residential and commercial rooftop solar, along with other forms of photovoltaic (PV), have grown steadily over the past four years, specifically those that are net-metered. When customers install their own solar panels in states with a net metering policy, they are compensated for the excess electricity they send back to the grid. According to the EIA, these net metered applications have increased every year by approximately 1,100 MW since 2010. California currently has the largest net metered solar capacity with 38 percent of the nation’s total. Not far behind are New Jersey and Massachusetts, which together represent 21 percent of the total capacity in the U.S.

Net metering has been at the center of several recent battles between the solar industry, consumers and utilities across the U.S. As rooftop solar in particular booms, utility companies are growing increasingly concerned about the threat it poses to their bottom line. As more customers install solar panels, utilities will sell fewer units of energy and argue they’ll have to charge more in order to cover the cost of maintenance and labor. But distributed energy sources like rooftop solar also provide a benefit to utilities by generating during peak hours, when a utility has to provide electricity to more people than at other times during the day and energy costs are at their highest. Solar panels feed excess energy back to the grid, helping to alleviate the pressure during peak demand. In addition, because less electricity is being transmitted to customers through transmission lines, it saves utilities on the wear and tear to the lines and cost of replacing them with new ones.

The American Legislative Exchange Council (ALEC), the shadowy conservative group funded by fossil fuel corporations and petrochemical billionaires Charles and David Koch, has set its sights on weakening net metering laws across the country. Net metering survived attacks in Colorado and Kansas and Vermont increased its policy in a bipartisan effort. Last year, Arizona added what amounts to a $5 per month surcharge for solar customers, a move that was widely seen as a compromise, particularly after ALEC and other Koch-backed groups got involved.

In the most recent net metering fight, Oklahoma took the controversial step of passing legislation to level a fee on customers who install solar panels or small wind turbines on their own property. Gov. Mary Fallin (R) signed the measure this week but took the rare step of issuing an executive order emphasizing the importance of renewable energy and fair implementation of the new legislation.

According to the new EIA data, “utility scale PV applications, which are 1 MW or greater, have also expanded significantly and currently account for 5,564 MW.” And the third principal contributing factor to the explosive growth of solar energy in the U.S. is from solar thermal energy. Three major solar thermal plants — Solano, Genesis and Ivanpah — came on line in 2013, adding a total of 650 MW of capacity. Solar thermal technology is particularly groundbreaking for its use of a ‘salt battery’ that allows the plants to keep generating electricity even when the sun isn’t shining.

While an increase of 9,731 megawatts (MW) in solar generating capacity since 2010 is remarkable, solar still accounts for just 1.13 percent of total electric generating capacity in the U.S. Electricity generation in America is heavily dependent on fossil fuels. As of November 2013, renewable energy sources, including hydro, accounted for about 13 percent of total net generation, according to EIA data.