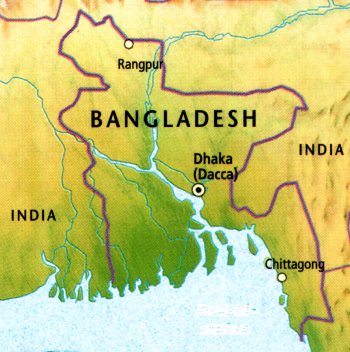 Country’s 740-square-kilometre coastal belt has a huge potential to produce as much as 20,000 megawatts of electricity from wind energy, according to formal findings, but sheer negligence on part of people in authority kept this great opportunity untapped.

Partly because of laxity in undertaking potential wind-power projects through effective and rapid wind mapping, experts pointed out, the government has to go for costly power production or even opt for power import.

Wind mapping through hiring services of foreign firms before undertaking projects has been underway quite for some time. When the task completes is anybody’s guess.

The development of wind power in Bangladesh began in 2002, but the country could produce less then two megawatts from the wind resources as yet.

The government installed a wind-based power project in Feni with a capacity to generate 0.9mw electricity at a cost of Tk 7.11 crore in 2005.

The wind turbines in Feni started operation in 2005 and later shut down in 2007, after producing only 120,000 kilowatts of electricity, due to government’s reluctance to operate the wind turbines, said officials concerned.

“After the shutdown of the plant, machinery and cables worth over taka one crore were stolen from the site,” added one official.

The plant is unable to utilize its full capacity as the plant is linked with the 11kv REB Sonagazi PBS evacuation line which tripped 138 times in a single month this past March due to huge pressure in the power-evacuation line.

Installing a 14-kilometer 11KV dedicated evacuation line at an estimated cost of Tk 4.50 crore is needed for the project.

The Feni plant has so far produced 31,443kilowatts of electricity till April 10, 2014 after it resumed operation at the end of February this year.

“We receive monsoon wind for six months between May and October every year with wind speed remaining at 11.5 meters per second,” Md Shafique Uddin said.

He informed that the government plans to produce 5000mw-6000mw electricity in Feni alone.

In 2012, the Power Division signed a memorandum of understanding (MoU) with ReGen Powertech Private Limited to conduct wind mapping at five sites in Cox’s Bazar, Anwara, Feni, Khepupara and Chilmari.

But, even after one year of the study, the Renewable Energy and Research and Development under Bangladesh Power Development Board is yet to receive the wind-mapping result for Feni to prepare its next course of action with the wind-based plant there, officials said.

Mentioning that wind mapping is not a costly task, one official concerned said, “We could not understand why the government awarded the task to a foreign firm.”

India now generates 21,000 megawatts of electricity from wind-based power projects while it is 95,000mw across the globe.

A one-megawatt wind-based power project started operation at Kutubdia in March 2008 and later shut down in April 30 the same year after producing 5,50,000KW electricity due to poor support from the then Bangladesh Power Development Board authorities.

“The Kutubdia power plant will resume electricity production within the next three to four months,” said Fazlur Rahman, consultant for the Kutubdia plant.

The government is now conducting wind mapping in five locations at Kuakata, Patuakhali, Sitakunda, Chandpur and Anwara after signing a MoU with USAID in 2013.

The government has so far identified 22 locations to conduct wind mapping.

The government has so far received eight proposals from multinational companies to set up wind-based power plants having a combined generation capacity of 3,385 megawatts of electricity. But, for reasons not known, most of the projects are not getting any shape.

One IPA Group LLC Consortium was allowed setting up a 100mw wind-powered project last year for selling electricity at 12 US cents per unit. The cabinet purchase committee in December 2012 approved a proposal of the joint-venture company of Taylor Engineering and PH Consultant Inc, USA, to set up the wind-based power project. But the government is yet to get any physical result from the proposal, officials said.

ITC Group and Consortium, a joint venture of the Netherlands, Germany, the USA and Denmark, was also interested to set up a 1000mw wind-based power plant in Chittagong. But they are yet to submit the power-tariff proposal.

The government has a target to generate 5 percent of the country’s required electricity from renewable energy sources by 2015 and 10 percent by 2020 under a phased plan for the field.