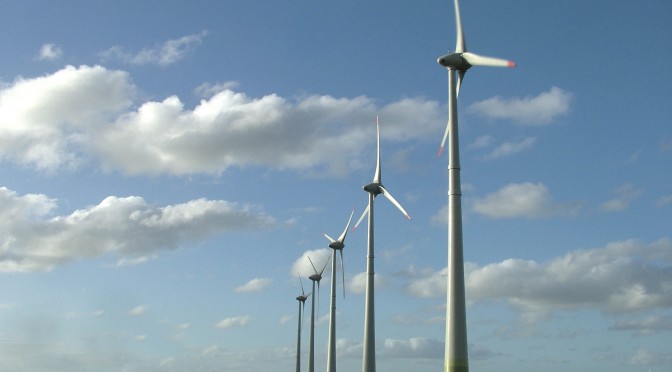 Jordan will sign an agreement with Spain’s Elecnor this month to build a $150 million wind-operated power plant in the southern city of Maan, according to Energy Minister Mohammad Hamed.

The 75-megawatt power plant will be funded by a grant from the Gulf Cooperation Council (GCC) states and is expected to be connected to the grid in the first quarter of 2015, Hamed said in an interview with The Jordan Times on Monday.

“Elecnor was chosen from among six bidding companies,” the minister said, stressing the importance of the project in increasing power generation through renewable energy.

The national strategy envisions electricity generated from renewable sources to account for 10 per cent of the energy mix by 2020.

Hamed added that the ministry has shortlisted 12 local and international companies to build a $150 million solar-run power station in the southern region.

The ministry will announce the winning bidder to build the 75-megawatt plant within two months, after which implementation will start, the minister noted.

“The solar plant is also funded by the GCC grant and shortlisted companies are expected to submit technical and financial offers by April 6,” he said.

The solar plant is expected to be ready and connected to the national grid in mid-2015, according to Hamed.

In 2011, Saudi Arabia, Qatar, the UAE and Kuwait pledged $5 billion in assistance to Jordan over a period of five years.

Jordan imports about 96 per cent of its energy needs annually.

The Kingdom’s energy bill amounted to JD4.08 billion in 2013 compared to JD4.63 billion in 2012, according to figures by the Department of Statistics.