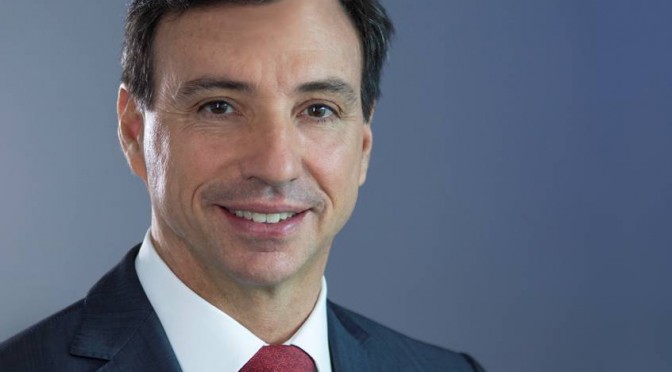 Ruben Lazo has been appointed new Country President of Vestas Brazil. Joining Vestas from a position as Chief Commercial Officer in AREVA S.A, in France, he enters into his new position on 1st April.

Ruben Lazo is a German national with extensive experience across multiple businesses and functions internationally. He held various leadership positions in Germany, Brazil, Russia and the United States, before most recently serving as Chief Commercial Officer in AREVA S.A. in France, a global company active in nuclear and renewable energy power generation plants, power transmission and distribution.

“It is with great pleasure that I welcome Ruben Lazo as Country President of Vestas Brazil. His thirty years’ of experience as an industry manager and his international profile will allow us to develop existing and new opportunities in Brazil,” comments Marco Graziano, GSVP and Vestas Mediterranean President, “This appointment is a key step in Vestas’ increased focus and commitment to the Brazilian wind market.  We believe that Brazil will play a strategic role in the years to come and we are aiming at playing a key part in its wind energy market’s development, with Vestas’ profitable growth ambition.”

Vestas installed its first turbines in Brazil in 2000 and opened its office in São Paulo in 2008. As of the end of 2013, Vestas has installed 626 MW of wind capacity installed in the country and employs 110 people across eight locations.

Ruben Lazo states: “Vestas is a strong player in the entire Latin America region and I am looking forward to using my knowledge and experience to support Vestas’ increased focus on Brazil. I look forward to working with my new colleagues to reinforce our presence in Brazil and contribute to Vestas’ profitable growth.”