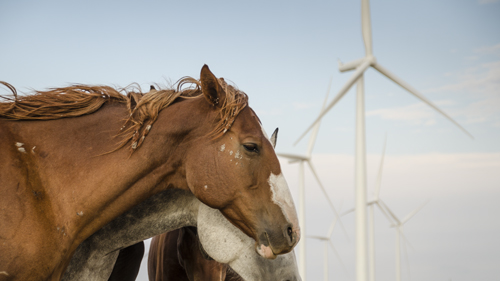 Members of Congress from both parties – representing more than a quarter of each chamber – called for an extension of federal tax credits for wind energy today. In the Senate, Mark Udall (D-CO) and Charles Grassley (R-IA) were joined by 24 of their peers on a letter to Senate Finance Committee leadership calling for a renewal of the Production Tax Credit (PTC) and Investment Tax Credit (ITC) for wind energy. 118 members of the House joined a companion letter led by Iowa Representatives Dave Loebsack (D-IA) and Steve King (R-IA).

Environment America Federal Global Warming Program Director Julian Boggs issued the following statement in response:
“This is exactly the kind of bi-partisan effort needed to overcome the gridlock blocking the renewal of commonsense, popular, and vital investments in clean energy. It’s the 21st century: we have the technology to produce clean energy that doesn’t threaten our climate or our children’s future.

“While big oil credits have gotten us more spills, pollution, and bigger profits for the world’s most profitable companies, clean energy credits have been an essential part of clean energy’s success story in recent years. In 2012, wind energy was the largest source of new electricity generation and prevented as much carbon pollution as taking 17 million cars off the road.

“Each day that passes without tax incentives in place for wind energy means more delay in expanding pollution-free renewable energy that never runs out, and a greater risk of long-term damage to America’s growing clean energy economy. The Senate and the House should act quickly to restore the Production Tax Credit and the Investment Tax Credit for wind energy.”