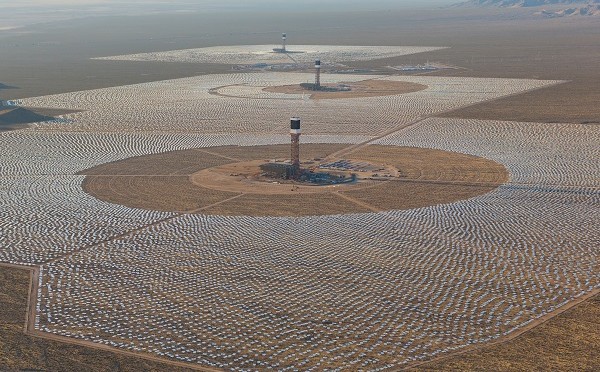 According to recent research, California is actually the Nation’s second-biggest carbon dioxide emitter, and the biggest problem is the transportation sector.
This might come as a surprise when you read about California’s implementation of renewable energy, such as the recent startup of the world’s largest concentrated solar power (CSP) plant in Ivanpah.

In fact, by mid-January, 2014, California’s residential photovoltaic (PV) solar power installations had reached one giga-watt in capacity, or seven times more than can be found in Arizona, in second place. California’s problem with carbon isn’t in power production, but in the transportation sector, which points out why Tesla Motors and Solar Power are absolutely necessary if California is going to address this.

Overall, in 2011, California generated some 381.4 million tons of carbon dioxide, 57.2% of which comes from the transportation sector alone. According to the Environmental Protection Agency, of the Nation’s carbon dioxide emissions are generated by transportation, so California’s figures are slightly skewed. Still, per-capita, Californians generate just 10 tons per year. California is rightly concerned about its carbon footprint and, as the “Sunshine State,” things are not quite as sunny as one might expect.

If any two technologies might come together perfectly in the Sunshine State, it would have to be solar power and electric vehicles. The recent success of Tesla Motors is one half of the puzzle. As long as it’s charged cleanly, the Tesla Model S is just shy of emissions-free. Where, of course, do you get clean power from, but renewable energy sources? The Ivanpah CSP plant and over 145,000 PV solar panels in the State, the other half of the puzzle, generate carbon-emissions-free electricity for everyone. Solution: Boost PV and CSP power production, eliminate conventional vehicles, and California might be the cleanest in the Nation!