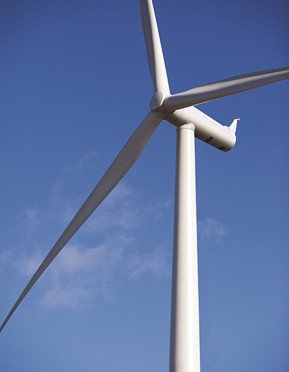 Siemens Energy has been awarded a major order by Minnesota Power for 64 units of the company’s latest 3-MW D3 platform wind turbines to be installed at the Bison Wind Energy Center near New Salem, North Dakota.

The innovative wind turbines feature a 113-meter rotor and 92.5-meter hub height. Installation of the turbines is scheduled to begin in mid-June 2014, and commercial operation is slated for December 2014.

The scope of supply includes transportation, installation and commissioning, as well as a three-year service and maintenance agreement.

“With the latest evolution of our 3-MW direct drive turbine we are increasing annual energy output with a larger rotor and a higher tower. The increased MW output also results in a reduction of site infrastructure and operations and maintenance costs. All of these advancements lead to lower cost of electricity for Minnesota Power,” states Mark Albenze, CEO of Siemens Energy’s Wind Power Americas business. “We greatly value Minnesota Power’s confidence in our technologies and services and are very pleased to partner with them once again as they continue to provide reliable, affordable and sustainable power to their customers.”

The blades will be manufactured at Siemens’ facility in Fort Madison, Iowa. Additionally, the D3 nacelle component will be assembled in Hutchinson, Kansas. Assembly of this specific major component was recently moved from the company’s nacelle facility in Brande, Denmark, to Hutchinson, Kansas, which further demonstrates the company’s commitment to the U.S. wind industry. “We’re pleased to partner with a world leader like Siemens as wind energy production develops and matures,” said Minnesota Power Chief Operating Officer Brad Oachs. “With the help of Siemens, we’ve integrated new direct drive technology into our Bison project while at the same time staying ahead of Minnesota’s aggressive renewable energy standard. That this has happened in only four years speaks to how rapidly the energy landscape is changing.”

The 205-MW Bison 4 addition will increase Minnesota Power’s Bison Wind Energy Center’s total MW output to nearly 500 MW. Siemens also supplied all of the wind turbines for the previous three phases of the Bison Wind Energy Center, which went into commercial operation in 2010 and 2012. The Bison 4 project adds 64 D3 platform wind turbines to the already installed 85 D3 units at the Bison 1B, 2 and 3 phases, currently under service with Siemens, along with 16 2.3-MW G2 platform wind turbines at Bison 1A.

For further information on the largest Siemens D3 installation in the world, the Bison Wind Energy Center near Bismarck, North Dakota, click here .