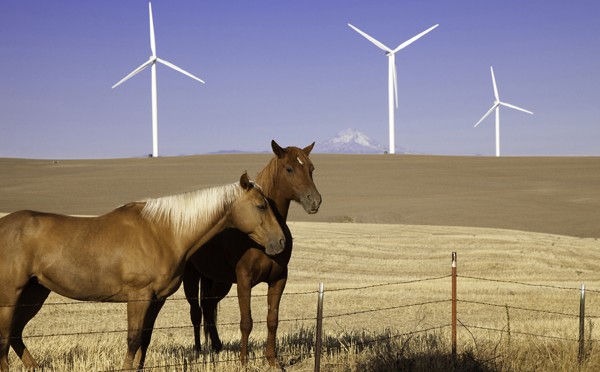 After considerable input from the local communities and consultation with state agencies, the project’s proposed configuration has undergone significant changes.

If approved, the Wild Meadows Wind Farm would become the company’s third wind power project in the state, following wind farms in Lempster and Groton that went on-line in 2008 and 2012 respectively.

The proposed project would feature 23 modern wind turbines, 15 in Danbury and eight in Alexandria, and is projected to produce enough clean energy to power approximately 30,000 average homes each year and 90,000 homes at peak production.

Iberdrola Renewables has been studying and evaluating the project since 2009, conducting a wide variety of wildlife, environmental, and technical studies, in consultation with New Hampshire state agencies and local experts. The proposed 75.9 megawatt (MW) wind farm would bring a new source of clean emission-free energy to the region, in addition to many economic benefits.

“Tax benefits for residents and increased yield-per-acre for loggers will be a huge help to those of us who have farmed or logged our land for generations,” said Fred Platts, a farmer and resident of Alexandria. “This is about protecting the small towns of the Lakes Region and preserving our rural way of life.”

Besides these significant additions to the local tax base, the Project will provide substantial economic benefits to New Hampshire during the construction and operations phases.

The economic impacts would carry on through construction and the operation of the project. According to a study by the University of New Hampshire, the construction phase would create the full time equivalent of 404 jobs (direct and secondary jobs), resulting in $21.77 million in earnings and $42.35 million in increased economic activity. During the operations phase, the project would create 13 full time equivalent jobs (direct and secondary), $770,000 in annual income and $2.31 million of increased economic activity each and every year for the life of the project.

“Some of New Hampshire’s wildlife, like moose, are in serious decline thanks to our shorter winters as the climate warms,” said retired New Hampshire wildlife biologist Eric Orff. “To conserve our rich biological heritage in New Hampshire, we must transition to well-sited clean energy sources like wind, and quickly.”

The comprehensive SEC review process is expected to last approximately one year.

Iberdrola Renewables, LLC is the U.S. renewable energy division of parent company IBERDROLA, S.A., an energy pioneer with the largest renewable asset base of any company in the world. Iberdrola Renewables, LLC is headquartered in Portland, Ore., and has more than $10 billion of operating assets totaling more than 5,800 MW of wind and solar generation.