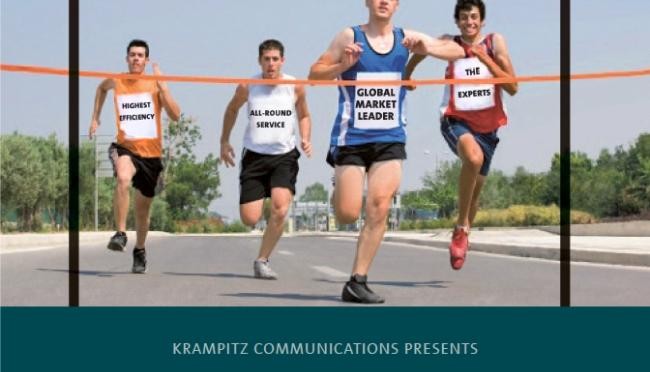 Only every fifth company in the renewable energy sector communicates professionally. Less than one of 100 communication messages is recognised and understood by its target group. Those are two of the most important results of the study “How Biomass, Solar and Wind-power Companies Communicate”, which the Press Agency Krampitz Communications is publishing on 2 December. A brief report is available starting today in German and English free-of-charge.

“With our study we want to substantiate our experience from nearly ten years of work in press relations for the renewable energy sector scientifically – that convincing messages are often lacking and that communication occurs haphazardly and without a strategy”, says agency manager Iris Krampitz.

Interviews with Companies and Journalists

This study is based on two separate surveys. In the first part, those responsible for communication in German-language companies from the renewable energy sector were asked about how their press relations were organised, their strengths, their unique selling points and communicative messages. In the second part Krampitz Communications examined, with the support of 33 professional journalists as mediators, if the messages of the companies arrived at their predefined target groups.

“Professional communication reaches its target groups. How professional the press relations of a company are depends on if it has sufficient personnel and financial resources, orients itself to a communication strategy and if it utilises the tools of press and public relations at its disposal”, explains the manager of the study, Matthias Flierl. From these factors, the socio-economist and PR consultant has developed a benchmark in order to compare the professionalism of the press relations of different companies with each other.

The results of the study show that the professionalism of the press relations in most companies surveyed is so-so and capable of being improved. For example, 56.7 per cent of the companies are contacted less than once a month by a journalist, and only every third company has oriented itself to a PR strategy. And despite turnovers from up to several hundred million Euros, every second company invests less than 10,000 Euros annually in press relations.

While the free, 12-page brief report provides an overview on the methods and important results of the company survey, the long version analyses all the results of the comprehensive study in detail and assesses the statements of 33 professional journalists on the most common mistakes companies make in their press relations, and on the needs for optimisation and information. In addition to extensive tables, graphs and scientific evaluations, the long version contains numerous examples from the field, comprehensive recommendations for action and helpful tips on how biomass, solar and wind-power companies can improve their image for the long term, enhance their reputation and utilise their marketing and PR budgets efficiently.

The approximately 100-page long version can be ordered for 1,250 Euros (net) directly from Krampitz Communications. For further information, see www.pr-krampitz.de/en/research.

This press release as a PDF and image material can be found at the following link: pressedownload.pr-krampitz.de/2013_10_28_Study_Brief_Repo…