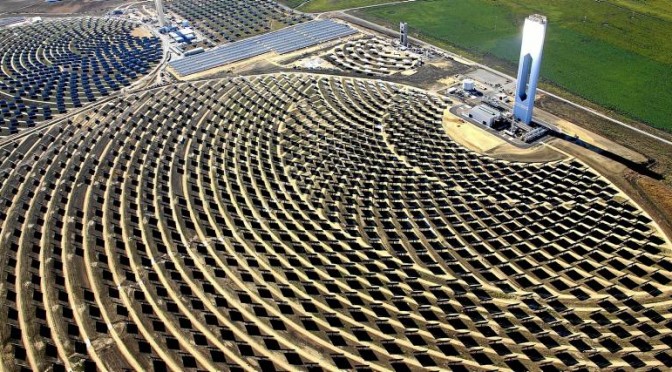 Abengoa has decided to take legal action against the Spanish government for the reduction in the premium rates paid for concentrating solar power (CSP) in its reform of the domestic electricity sector.

Abengoa has decided to raise a legal battle for the reduction of premiums for concentrating solar power generation approved by the Government in its electricity reform.

Abengoa has not only taken legal action in the Spanish courts but, taking advantage of the ownership of some of its core is a subsidiary in Luxembourg, has raised international arbitration.

“In June 2013 , we filed a demand for arbitration on behalf of our subsidiary CSP Equity Investment Sarl against the Spanish Government as a signatory of the Treaty of the Energy Charter,” said the document filed with the commission of the stock market of the USA (The SEC , for its acronym in English).

“Our demand for arbitration alleges that the electricity sector regulatory reform approved by the Spanish Government has broken the legitimate expectations of CSP Equity Investment ( … ) and an expropriation ” adds Abengoa in the brochure. CSP Equity Investment is the investment holder of Abengoa solar thermal power plants Helioenergy 1 and 2 , Solaben 2 and 3 , and Solacor 1 and 2.

The arbitration will be held in The Hague in accordance with the rules of the Arbitration Institute of the Stockholm Chamber of Commerce. The court will settle the lawsuit with three referees, two of which have already been delivered to the supervisor nombrados. Abengoa does not specify the amount claiming, but sources indicate that the company would be around 60 million euros per year while not resolve the situation. The amount is equivalent to a cut of 33 % in revenue from the CSP. Litigation can take years and no overtones of that negotiation with Industry will move faster.