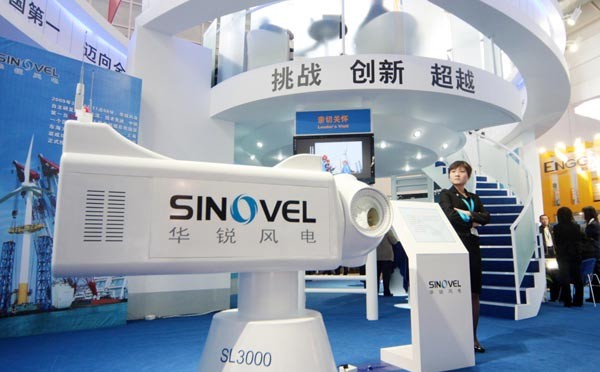 Sinovel Wind Group Co Ltd displays its equipment at an international expo in Beijing. Sinovel, which used to be China's top player with the biggest share of 25 percent of wind installations, saw its share fall to 9.3 percent in 2012.

how to reverse diabetes

A leading wind-turbine manufacturer, Sinovel Wind Group Co, said on Thursday it would dispose some of its domestic fixed assets.

The move follows its announcement that it will close four more subsidiaries abroad, a move seen by insiders as a setback in its globalization efforts.

“It is our strategic adjustment to improve the company's cash flow and further reduce the financial burden in a market where the gross margin has been hurt by fierce competition and power transmission problems in China,” Vice-President Tao Gang said during the three-day China Wind Power 2013 exhibition in Beijing.

Besides a weak uptake of wind-generated power, Tao said the company faces a challenge in making a profit this year.

Sinovel will only retain five or six units overseas, since some of the offices are not necessary in the mature markets that have adequate support facilities and policies for the sector.

Sinovel, which used to be China's top player with the biggest share of 25 percent of wind installations, saw its share fall to 9.3 percent in 2012.

Earlier this year, the company shut down eight subsidiaries in overseas markets such as the United States, Belgium, Italy, Canada and Australia.

“But our international expansion strategy has not changed. We will continue to expand our exports and cooperation with global companies, only in a more cautious way,” said Tao, adding that the company's revenue outlook for this year remains “weak”.

China's wind power market peaked in 2010, with the addition of 18.9 gigawatts in installed capacity.

David Fijas, general manager of US-based Moog Inc, which counts wind power among its specialties, said that the main reasons for the slowdown are inadequate grid access and technical challenges.

“We will no longer see a high growth market, but a market with stable growth going forward,” he said.

Fijas forecast growth rates of about 3 percent for onshore wind, with double-digit rates for the offshore wind market. 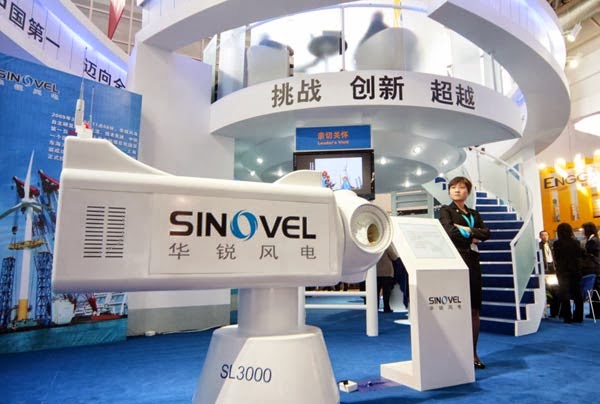 Wang Jun, head of the new and renewable energy division of the National Energy Administration, said that the next priority for the bureau is to deal with the issue of grid access, enabling more turbines to supply power to the transmission system, especially in the regions such as Jilin province and the Inner Mongolia autonomous region.

“We hope to eliminate such problems within the next two to three years,” he said.