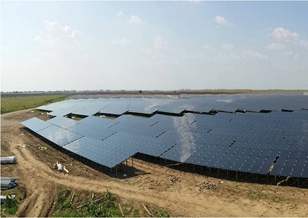 With more than 25 megwatts of solar photovoltaic power being put online between July and October, Enel Green Power is following up the rapid growth of wind power over the last two years in Romania with a similar performance in PV solar power.

On October 7, EGP connected to the grid the Colibasi solar power plant in the county of Giurgiu, in south-eastern Romania. With a total installed capacity of 6.5MW, the new facility can produce up to around eight million kilowatt-hours per year, avoiding the production of some 4,000 tonnes of CO2 per year and meeting the annual electricity needs of about 7,000 Romanian households.