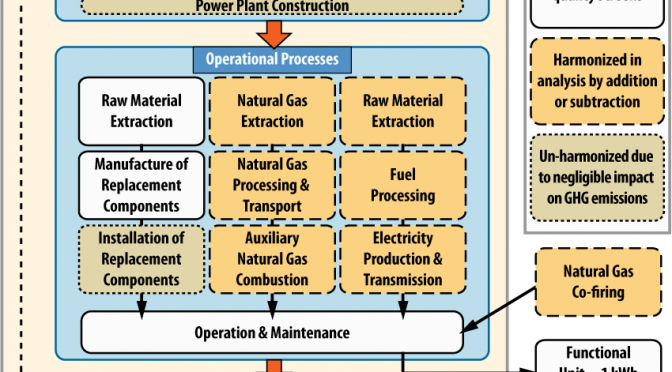 The harmonization for CSP technologies was done by adjusting published greenhouse gas estimates based on consistent application of:
The table below summarizes the range of published values, harmonized value, and the impact on central tendency and variability of GHG estimates for each harmonization parameter. The central tendency is characterized by the median value. Variability is characterized by the interquartile range (75th minus 25th percentile values) and total range. 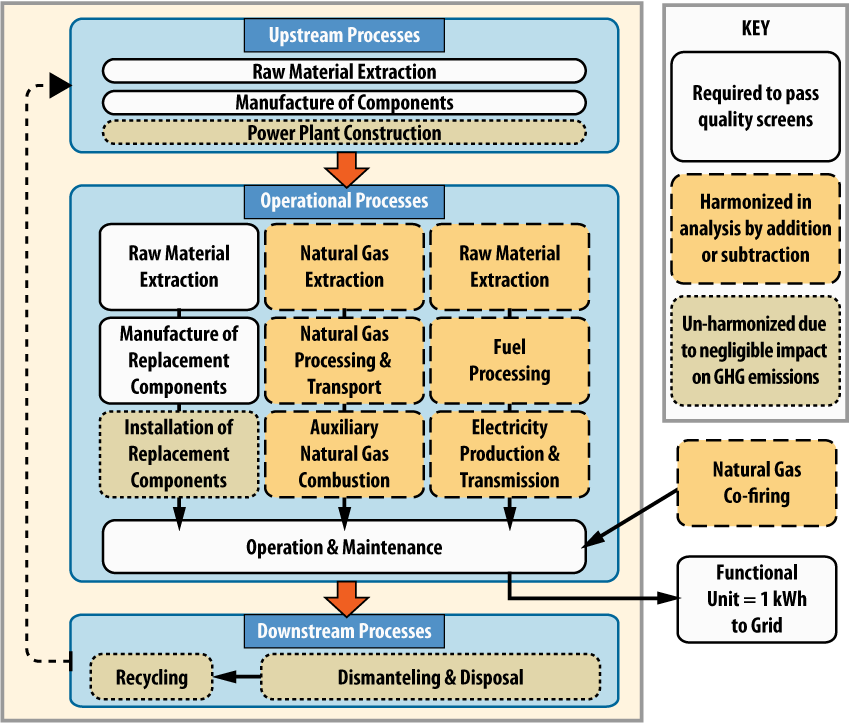