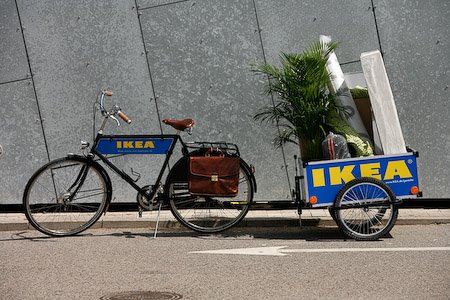 The announced purchase last week of an Irish wind farm by IKEA is just the latest indication that the world’s biggest home furniture company may succeed in its stated aim of becoming totally energy independent by 2020.

IKEA has agreed to buy from Mainstream Renewable Power its 7.65 megawatt Carrickeeny Wind Farm located in Leitrim in the North West of Ireland when it begins generating power next year.

The Swedish company will own 137 wind turbines by the time the Carrickeeny facility is operating.

IKEA has plans to invest €1.76 billion in wind energy and solar programmes up to 2015, the Yahoo report said, adding wind power is a key part of the company’s sustainability strategy to generate as much renewable energy as it consumes by 2020.

Describing IKEA as a “true world leader in corporate sustainability,” Mainstream Renewable Power’s Chief Executive Eddie O’Connor said it makes a lot of sense for the home-furnishings company to own wind farms and solar plants.

“As the cost of the fuel is free the more of it they have the more stability and certainty they have in relation to their energy costs in the long-term,” O’Connor said. “On top of that the more forward–thinking corporations are investing in wind and solar energy as part of their sustainability strategy, and IKEA is a fantastic example of this.”

Other companies or organisations that have invested in wind power include Google, Bacardi, the U.S. Army, Walmart, Starbucks and Staples. In addition, companies like LEGO, Deutsche Bank, PwC Denmark, Vestas, Motorola and Bloomberg are part of or getting involved in WindMade – the first global consumer label identifying organisations and products that use wind power in their operations or production.