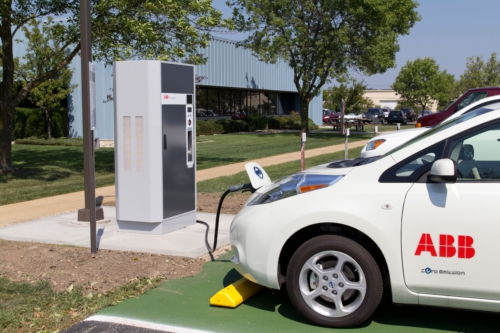 In June, automakers saw the highest seasonally adjusted annual sales rate since 2007 — that’s before the Great Recession — selling 9.2 percent more vehicles than they did last June .

And plug-in electrics are among the biggest gainers. Nissan says its sales of the all-electric, made-in-America Leaf have risen 319 percent since last May.

Let’s start with the common sense part. In California alone, motorists spend an estimated $4.5 billion a month on petroleum-based fuel. Not only does most of that money end up outside the state, doing little for our economy, but the fuels are a leading source of global climate change pollution and respiratory diseases including asthma and lung cancer. With that much at stake, anyone who values local jobs, a robust economy, clean air, and a stable climate should consider a switch to a cleaner vehicle. Electric cars are a great driving choice.

But we Californians wouldn’t be gaining all of these benefits – for our environment and our economy – were it not for our state’s far-sighted policies.

For all these reasons, the Bay Area EV Strategic Council, composed of executives of regional and local agencies, private industry, and leading NGOs dedicated to advancing electric vehicles, recently endorsed the LCFS in a letter to Gov. Jerry Brown. This policy is a triple-win for California. It will help drive cleaner fuels into the market for all vehicles, expand the market for electric vehicles, and help grow clean tech jobs in the Bay Area and throughout the state.

We urge Gov. Brown and the Air Resources Board to stand firm behind this far-sighted policy—and to strengthen their support for electric vehicles and other clean transportation solutions.

Steve Kinsey, Supervisor for the County of Marin, and Richard Lowenthal, Founder and CTO of ChargePoint, are co-chairs of the Bay Area EV Strategic Council, an executive forum of public and private sector leaders committed to accelerating mass adoption of electric vehicles.