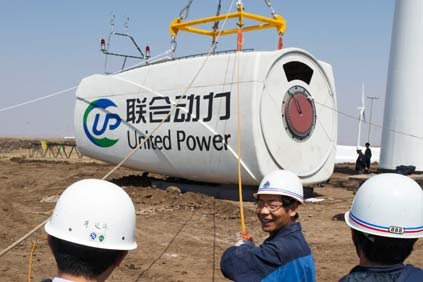 Major wind farm developer Longyuan Power said Thursday that it has completed installing five wind turbines on a wind farm located about 4,900 meters above sea level in Tibet, making the farm the highest in the world.

The company plans to install 33 wind turbines on the farm, which is located in Naqu Prefecture in southwest China’s Tibet Autonomous Region.

With 28 more turbines to go, the farm is scheduled to be connected to the grid at the end of the year.

The wind turbines are supplied by Guodian United Power.

Tibet is rich in clean energy resources, including wind power, but its high altitude means the turbines will need to deal with low temperatures, low air density and high wind speeds.

Once completed, the project will help ensure power supplies in Naqu, Longyuan said.