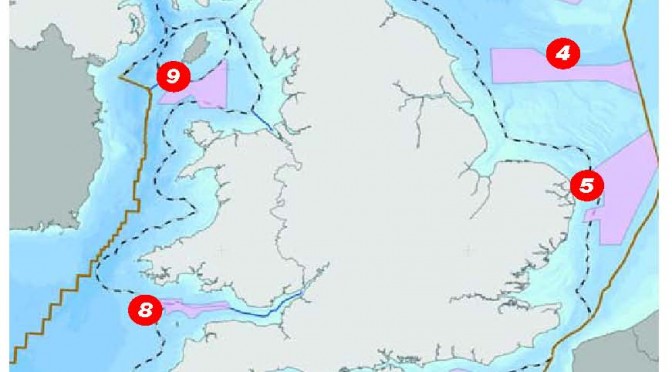 RenewableUK has welcomed the launch of the Government’s Offshore Wind Industrial Strategy by the Deputy Prime Minister Nick Clegg. The joint Government/Industry plan to consolidate the UK’s position as the global leader in offshore wind energy was hailed by RenewableUK’s Chief Executive as “a blueprint for green-collar job creation”.

Speaking at the official launch of the Industrial Strategy at the opening of Lincs Offshore Wind Farm, the Deputy Prime Minister Nick Clegg said: “The race is now on to lead the world in clean, green energy. As an island nation, and with our weather, the UK is ideally placed to make the most of offshore wind energy – you could say it was a technology designed for us.

“This strategy will help keep Britain as the world leader in one of the most important industries of the 21st Century. If we make the most of offshore wind’s potential in the UK, it can provide a big proportion of the energy that lights our homes and powers our economy.”

The Strategy describes offshore wind as “a core and cost-effective part of the UK’s long-term electricity mix”. It sets out specific actions to attract investment worth billions of pounds and to create of tens of thousands of long-term jobs, with major manufacturing facilities established in the UK, and a healthy supply chain.

RenewableUK is named in the Industrial Strategy as a key player, providing detailed information on the many opportunities available to British supply chain companies through multi-million pound initiatives such as GROW: Offshore Wind (see below), as well as publishing full timescales of the pipeline of offshore wind energy projects in UK waters. The trade association has also been tasked with forming closer ties with the oil and gas sector to learn lessons on how to drive down costs.

The Strategy highlights RenewableUK’s work in attracting skilled recruits from other sectors into the offshore wind industry with initiatives such as the Renewables Training Network which aim to bridge the skills gap. The document also commits RenewableUK to continuing to work with colleges and universities, to ensure that engineering courses in particular focus more on offshore wind, as well as promoting awareness of the career opportunities in the sector.

RenewableUK’s Chief Executive, Maria McCaffery, said: “This strategy clearly identifies the extraordinary opportunity that offshore wind offers to the UK. This document is a blueprint for green-collar job creation which, as long as its recommendations are fully implemented, will ensure that Britain reaps the once-in-a-lifetime benefits offered by our world-leading offshore wind sector”.

The Deputy Prime Minister’s reaffirmation of the Government’s belief in the crucial importance of the offshore wind follows the opening of the largest offshore wind farm in the world by the Prime Minster in July. Maria McCaffery commented:

“These endorsements from the very top of Government show that Ministers get the significance of the opportunity within our grasp – as long as the right policy framework is in place. But there’s still a danger that the industrial opportunity could be wrested from us by our European competitors if the Government sends mixed messages on its commitment to renewables”.

Today’s official opening of Lincs Offshore Wind Farm means that the UK’s installed capacity of wind energy (onshore and offshore) has now reached just over 10 gigawatts. This has been achieved as several projects have come to fruition in the last fortnight – 2 onshore wind farms in Scotland (Calliachar and Kildrummy), and 25 out of the 27 turbines at Teesside Offshore Wind Farm are now fully operational. Maria McCaffery said:

“The UK’s wind industry is celebrating a major milestone today – we now have more than 10 gigawatts of wind energy installed onshore and offshore – enough to power five and a half million homes. Although this is a significant achievement, we must maintain momentum to reach our full potential, with wind playing an increasingly significant role in our energy mix, thereby reducing our dependence on expensive and environmentally-damaging fossil fuels”.