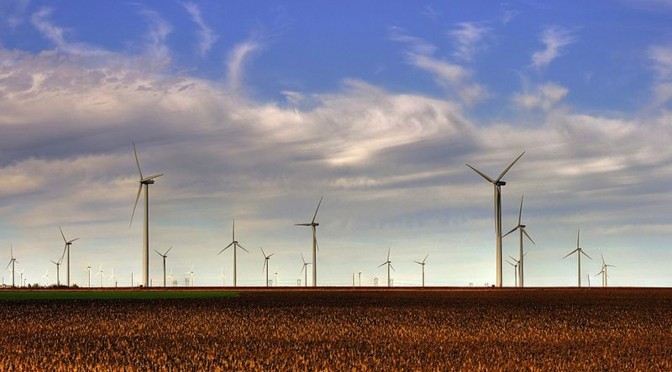 Back in early February of this year—barely a month after Congress had passed the federal wind energy Production Tax Credit (PTC) extension—Xcel Energy, the leading utility in America for wind on its wires, sent a letter to the Minnesota Public Utilities Commission. The message to regulators: we want more wind energy.

Noting that the PTC had been extended and was ready to be used this year, the investor-owned utility told the state’s regulators that on the 15th of the month, it planned to issue a request for proposals (RFP) for up to 200 MW of wind generation resources for its Minnesota utility subsidiary, Northern States Power Co. Good news for the wind energy industry, for sure.

But recently, the utility changed its tune. Xcel said it had decided it doesn’t want 200 MW for its Northern States Power subsidiary. It wants 600 MW.

This recent news is emblematic of what’s taken place this year on the RFP and power purchase agreement (PPA) front. Since Xcel Energy’s initial solicitation last winter, a flurry of wind energy RFPs has come down the pike this year from several utilities. Punctuated by the recent announcement of more megawatts for Xcel, the first half of the year has proven to be busy for wind energy RFPs, power contracts, and newly planned megawatts—and in many cases it’s wind’s winning low prices driving the trend.

Certainly, the leader of the pack has been Xcel Energy. The utility now has new PPAs for projects that will bring approximately 1,850 MW online—likely the most wind megawatts ever inked by a utility in a single year. Not bad for a utility that’s held the leadership position for wind on its wires for years.

(These three facilities make up the additional 600 MW announced this week.)

Xcel Energy is currently negotiating PPAs for 550 MW of new wind with undisclosed developers from an All-Source Solicitation originally calling for 250 MW.

Also notable: Xcel Energy, which is not known for its wind project ownership but has said in the past it would like to own more wind, will purchase the Pleasant Valley project from RES Americas.

It’s meaningful that the No. 1 utility for wind energy in America wants more of it. Xcel knows wind, and it likes it—particularly the economics.  Regarding the additional 600 MW for Northern States Power, “These projects will lower our customers’ bills, offer protection from rising fuel costs, and provide significant environmental benefits,” said Dave Sparby, President and CEO of Northern States Power Co. – Minnesota.

According to Xcel, the additional 600 MW—enough to serve 180,000 homes—would lower customer costs by $180 million over the lives of the projects.  “Wind prices are extremely competitive right now, offering lower costs than other possible resources, like natural gas plants,” said Sparby.  “These projects offer a great hedge against rising and often volatile fuel prices.”

But don’t think that Xcel is the only utility player lining up all the wind megawatts it can. Earlier this month, Austin Energy announced it had secured 570 MW of wind, after issuing an initial RFP that called for only 200 MW.  The electrons will come from E.ON Climate & Renewables’ Patriot Wind project (170 MW) and Duke Energy’s Los Vientos III & IV projects (200 MW each for III and IV), all in Texas.

There’s more. After issuing an RFP for between 80 and 200 MW in February, AEP’s Indiana Michigan Power secured a 200-MW contract for the generation coming from EDP Renewables’ Headwater Wind Farm in the Hoosier State.

And still more. PacifiCorp’s Rocky Mountain Power has asked the Utah Public Service Commission to approve 300 MW of wind energy contracts. Capacity under the contracts would be booked in the amount of 79.5 MW from the Blue Mountain project (Blue Mountain Wind Power Partners), 60 MW from the Latigo Wind Park (Wasatch Wind), and 160 MW from Long Ridge Wind I and II (Apex Clean Energy).

On top of all the RFPs and PPAs, other big plans continue to be drawn up with respect to wind energy. MidAmerican Energy made big news earlier this year when it said it would spend $1.9 billion to add over 1,000 MW of wind energy by 2015—in Iowa alone.

Meanwhile, RFPs are outstanding for other utilities, starting with 200 MW for Minnesota Power, up to 200 MW for AEP’s Public Service Company of Oklahoma and 50-100 MW for Tri-State Power in Colorado.  Up to 100 MW for Alliant Power and 50 MW for We Energies are also on the docket, as are up to 200 MW for Hawaiian Electric. AWEA’s Data and Analysis team continues to monitor activity in other states as well.

In total, utility plans for more wind, as announced just in the first six-plus months of the year, total almost 4,000 MW. Those megawatts all came following the PTC’s extension. Washington doesn’t craft more effective policy than that.

Carl Levesque is a clean energy communications consultant for AWEA and Emily Williams is Senior Policy Analyst at AWEA.