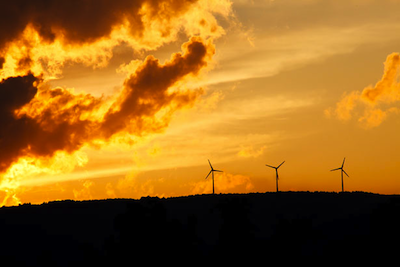 The federal government gives tax benefits to all energy producers, not just to renewables.

M.D. Harmon’s column (“Alternative power sources must pass free-market test,” July 12) suggests that “wind and solar power-generating ‘schemes’ (are) based on developer-enriching government subsidies,” while “fossil fuels, nuclear and hydroelectric power” are not.

According to SourceWatch.org, “Federal coal subsidies … include direct spending tax breaks and exemptions, low-interest loans, loan guarantees, loan forgiveness, grants, lost government revenue such as discounted royalty fees to mine federal lands, and federally-subsidized external costs, such as health care expenses and environmental clean-up due to the negative effects of coal use.”

Also, according to American Progress.org, “the tax code is stuffed with a host of subsidies for oil and gas … essentially no different from government spending programs that provide money directly.”

As early as 1916, the federal government instituted tax incentives to encourage corporations to drill for oil.

During the 1930s, federally financed dams created hydroelectric power, and from the 1950s onward, the federal government financed research into nuclear power, according to the book “The Prize: The Epic Quest for Oil, Money & Power,” by Daniel Yergin.

In the same edition of the Press Herald in which the Harmon column appeared, a much more coherent, unbiased opinion on the same subject was expressed by Ivan G. Most, Sc.D., P.E. (“Letters to the editor: Column gives rational view of current energy dilemmas”).

Mr. Most presented worthwhile questions, summarizing the situation as follows:

“Fossil fuels will be the choice for energy generation in the developed world for many decades to come,” but “we need a bridge to the future that will lead to alternative energy.”

He concludes: “Any decisions we make have risks. We need to weigh these risks in the light of real data before we can make an informed decision.”

M.D. Harmon would do well to weigh his opinions in light of real data before publishing them, or face the risk of just being wrong.