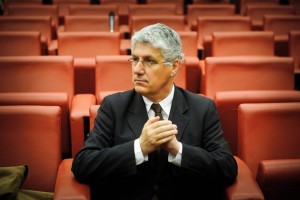 Philippe Martin is an important man. As France’s new environment minister, he occupies a key post in a government that will be pivotal in determining the EU’s post-2020 climate and energy policy.

While no official position will be presented before the elections, there are little doubts that Germany will come out in favour a binding 2030 renewable energy target – which is critical for investor confidence in the wind energy sector – but the UK is officially against. France currently supports such a target but only at a later stage, after a greenhouse gas reduction target is in place.

The French government needs to realise the importance of setting three targets – for renewables, greenhouse gas reduction and energy efficiency – simultaneously, so that they can work together and mutually reinforce each other. Additionally, an ambitious three target package would highlight the EU’s leadership at the 2014 UN climate change meeting in Paris.

A three-target approach will also give investors confidence to keep putting their money in renewables, helping boost European jobs and export opportunities, and make decarbonisation cheaper.

This is important for France, which is aiming by 2020 to produce around 23% of electricity from renewables and to cut nuclear’s share by one-third by 2025.

The French-German partnership has always been key in driving the EU forward. Working together for an ambitious post-2020 climate and energy framework – centred on a binding 2030 renewables target – is its next vital task.