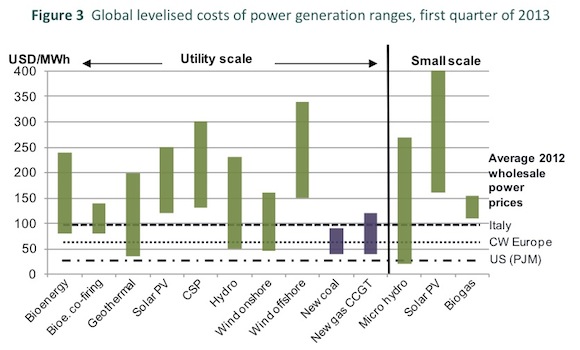 The headline summary of the new Medium-Term Renewable Energy Market Report 2013 from the International Energy Agency (IEA) has been well reported: Renewables will surpass natural gas for electricity generation globally by 2016, doubling nuclear output and coming in second only to coal in power generation.