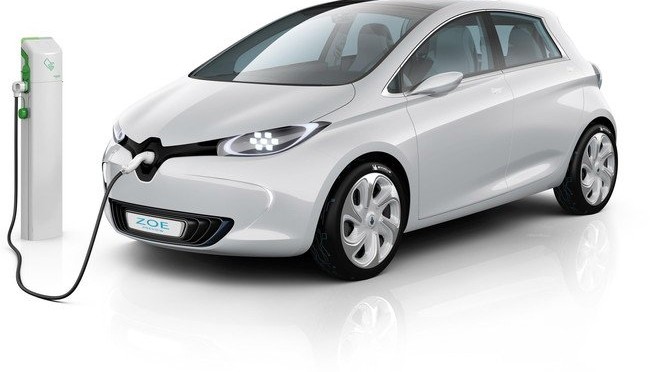 Between March 2011 and December 2012, 65 Renault-Nissan electric vehicles were driven in the Seine Aval area and 130 charging stations installed as part of SAVE (Seine Aval Véhicules Électriques), France’s biggest ever trial of all-electric mobility, made possible by a partnership between eight public[1] and private[2] entities.

On Monday July 8, 2013 the SAVE project participants met at the Renault production site in Flins to present a review of the project and the outlook for the future. The event was attended by Alain Schmitz, Chairman of the Yvelines departmental council and EPAMSA board and Philippe Hirtzman, representative for the national deployment of charging infrastructure with France’s Ministry for Industrial Renewal.

SAVE has met its objectives:

SAVE attracted a broad base of support.

The SAVE trial involved many players, who thus became pioneers in electric mobility:

Seine Aval, on the cutting edge of electric mobility

The Seine Aval area set the scene for a trial illustrating the possible future of all-electric mobility in France. The area, which was declared an OIN (operation of national interest) by the government, the Yvelines department and the municipalities, groups 51 towns and five inter-municipal bodies along the Seine River in the northern part of the Yvelines department outside Paris. The number and variety of charging stations here is the highest in France. A total of 130 charging stations, of which 48 open to the public, were installed as part of the trial. At the end of the project, 45 charging stations available to the public remained in operation and were upgraded with the latest developments. A further nine charging stations are scheduled for installation before the end of 2013. The stations are located in shopping centre car parks, on the street, in public car parks and in service stations. Wherever you are with your electric vehicle in Seine-Aval, you are never more than 15 km away from a charging station open to the public.

SAVE was an opportunity for all the participants to establish how best to install a complete ecosystem for electric mobility and to explore the related issues. All the technical and economic data necessary for deploying the various types of charging station were collected and analysed. The information gathered concerns:

This information will provide valuable input for developing a high-performance electric mobility industry alongside a range of products and services that closely reflect customer expectations.

With an average 25 km by day and by car, the electric vehicles were subject to intensive use, proving their ability to satisfy customers’ mobility requirements. Fifteen percent of customers even drove more than 60 km daily. Overall, the electric vehicles covered a distance of over 350,000 kilometres, for 45.5 tonnes of CO2 avoided (compared with an internal-combustion vehicle emitting an average 130g of CO2 / km).

But the carbon footprint of an electric vehicle does not stop with its use. The “well to wheel” assessment also includes the emissions from generating the electricity used to charge the vehicles. The calculations conducted during the trial indicate a “well to wheel” score of 16g of CO2 / km.

Surveys conducted by two external institutes (ACME[3] in June 2011 and LVMT[4] in April 2012) involving 47 users of electric vehicles taking part in the SAVE project confirmed the driveability of electric vehicles. Interviewees praised their smooth, crisp acceleration, and the restful ambience created by the onboard silence and absence of vibrations. The driving experience was described as calmer and more relaxed.

The procedure for charging the electric vehicles at the stations provided was also deemed satisfactory, with customers describing it is simple, easy to grasp and safe. Customers also appreciated being able to charge their vehicles in the workplace or at home, at an average cost of between €1 and 2 per 100 km on their electricity bills.

A range extended by 25% with eco-driving techniques

During the project, Renault provided 46 eco-driving training courses for customers using the vehicles. The drivers trained saw vehicle range increase by an average 25% compared with their usual driving habits for roughly the same average speed during the journey (average variation in speed of 1% between “normal driving” and “eco-driving”).

A number of onboard features on electric vehicles also help the drivers to maintain vehicle range:

ZOE takes full advantage of the SAVE charging network

ZOE, the vehicle spearheading Renault’s electric strategy, is built at Flins-sur-Seine in theSeine Aval area. This all-electric hatch has a unique advantage in that it can be charged at any level of power between 3 and 43 kW, with a charging time of between 30 minutes and nine hours. It can therefore use the 22 kW supplied by 22 charging stations out of the 45 in Seine Aval and charge the battery to 80% in just one hour.

Like Nissan Leaf, ZOE can also be charged on the two fast charge stations (43 kW AC / 50 kW DC) deployed by total along the A13 motorway. In this case, it can charge the battery to 80% in just 30 minutes.