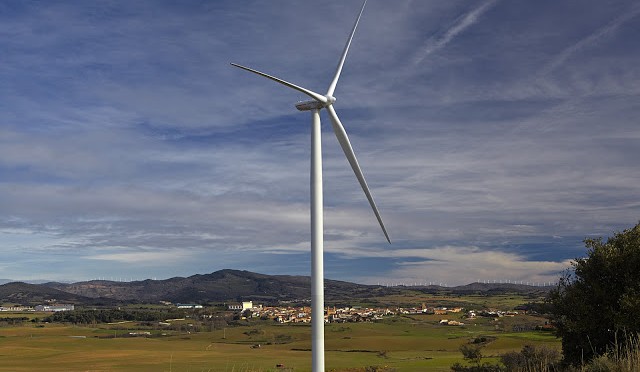 The Punta Palmeras facility (45 MW), consisting of fifteen AW 116/3000  ACCIONA Windpower turbines, will enter service in December 2014.
Acciona Energía will build its first wind farm in Chile to supply the electric power utility Colbún, with which it has signed a long-term power supply contract. The Punta Palmeras wind farm, with an installed capacity of 45 MW, reinforces ACCIONA Energy’s presence in Latin America, a region with one of the greatest development potentials for wind energy in the world.
The electricity generated by the Punta Palmeras wind farm is estimated at 124 GWh (million kilowatt-hours) per year. It will be supplied to the Chilean utility Colbún through a 12-year power purchase agreement (PPA) including associated attributes (green certificates), which is extendable for a further five years.
Colbún, which operates in the Central Interconnected System (SIC) of Chile, awarded the long-term PPA to ACCIONA following a tender process, initiated in May 2012, for the purchase of energy and associated benefits from Non-Conventional Renewables Energy (ERNC) efficient projects. More than 100 projects were analyzed, with 69 proyects from 44 companies passing the initial selection process. Two contracts were finally awarded, one of them to ACCIONA.
3-MW wind turbines
The Punta Palmeras wind farm, located in the municipality of Canela (in the province of Choapa, in the region of Coquimbo) will be built, owned and operated by ACCIONA Energía. Building work is expected to start in the last trimester of 2013 with entry into service planned for December 31st 2014.
The facility will consist of fifteen AW 116/3000 wind turbines of 3 MW nominal capacity, designed and manufactured by ACCIONA Windpower. This model, which optimizes generation on medium wind sites (class IEC IIa), has a rotor diameter of 116, with a sweep area of 10,568 m2. The turbines will be installed on 92-meter-high steel towers.
Punta Palmeras will produce sufficient clean energy to cover the electricity consumption of around 60,000 Chilean homes, avoiding the emission of 119,000 metric tons of CO2 from conventional coal-fired power stations a year – or the equivalent of 215,000 barrels of oil to generate the same amount of power. It will be connected to the SIC at the 220 kV Las Palmas substation via a new 6.5-kilometer power line constructed by ACCIONA.
A competitive tender
ACCIONA Energía CEO Rafael Mateo said that this award “shows the capacity of non-conventional renewables to be competitive in a market like Chile, where their contribution is essential to make progress towards the objective of a sustainable energy mix for the country.”
For his part, Colbún General Manager Ignacio Cruz highlighted the fact that the vision of the company he leads “is to support the competitive development of non-conventional renewables. This tender has enabled us to select the most efficient options in the market.”
Colbún is a Chilean company dedicated to the generation and marketing of electricity. It is positioned as the second largest generator in the Central Interconnected System Central (SIC) of Chile, where it has a 20% market share and around 3,000 MW in 22 power plants, of which 15 are hydro and 7 thermal. 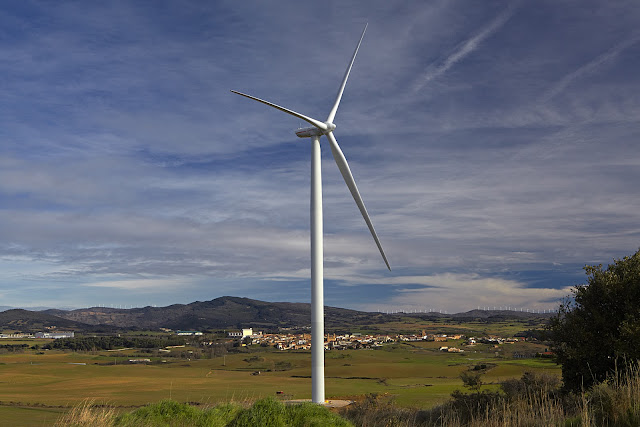 Other projects and initiatives
Punta Palmeras will be the first wind farm owned by ACCIONA in Chile. In previous years, ACCIONA Windpower supplied forty 1.5 MW wind turbines for the Canela II (60 MW) wind farm, which is owned by third parties.
ACCIONA has other wind power initiatives in the country, plus a strong portfolio of CSP and photovoltaic projects under development for itself and for clients.
This project strengthens ACCIONA Energía’s internationalization strategy, which has a presence in 16 countries outside Spain.
In Latin America, ACCIONA Energía is the wind power leader in Mexico, with 556.5 MW in operation and major projects under development. It is also building a 49.5 MW wind farm in Costa Rica. All these facilities are equipped with ACCIONA Windpower turbines. The Company also has a wind power component plant in Brazil, where it has won contracts to supply 330MW worth of wind turbines.
Apart from its energy business, the ACCIONA Group has been present in Chile for 20 years and has carried out major infrastructure and water projects. ACCIONA is building, and will subsequently operate, the Route 160 highway in the south of Chile. ACCIONA has also built four wastewater treatment plants and is currently building the first desalination plant for the mining industry in the Atacama Desert, in the Copiapó Valley.