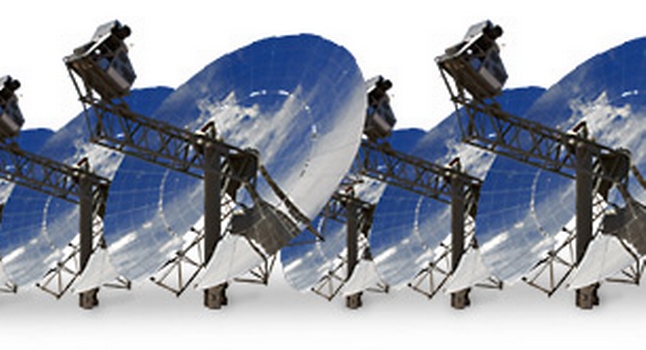 The developer of a huge proposed solar power project that was once slated to cover 12.5 square miles of still-intact desert habitat has walked away from the idea, according to documents released by the California Energy Commission (CEC).

The Calico Solar Project was proposed for land north of Interstate 40 between the hamlets of Ludlow and Newberry Springs.

In a letter dated Thursday, developer K Road Power cited “changed market conditions” as the impetus for its dropping the solar energy project.

The Calico Solar Project started out as gargantuan even by the optimistic standards of 2009-era desert solar planners. Encompassing an area in excess of 8,000 acres of public lands, the project’s original owner Tessera would have covered the landscape with its proprietary “Suncatchers,” which consisted of parabolic mirrors that focused sunlight on Stirling engines. The company expected that its Calico concentrated solar power project would generate up to 850 megawatts of power.

Environmental concerns were rife with regard to Calico, even among some groups like the Sierra Club and Natural Resources Defense Council who were otherwise steadfast supporters of desert solar projects. (The two groups, along with Defenders of Wildlife, sued in 2012 to halt the project.)

Tessera’s technology was nowhere near ready for prime time, with hundreds of moving parts in each Suncatcher generating constant maintenance issues even in the company’s closelly watched test site in Maricopa, AZ. The company went belly up in 2010, and K Road bought Calico in December of that year.

K Road’s first move in taking over the project was to redesign it to incorporate photovoltaic panels rather than Suncatchers. A series of proposed redesigns reduced the project’s footprint from the more than 8,000 acres Tessera envisioned down to 3,856 acres, and reducing the plant’s maximum output to 618 megawatts.

K Road also made attempts to design around sensitive species habitat. The original footprint would have infringed on habitat for desert bighorn sheep in the foothills of the mountains, Mojave fringe-toed lizards in the site’s sand corridors, and desert tortoises in between — pretty much a desert wildlife trifecta.

But in the end, a combination of lawsuits from environmental groups and the Burlington Northern Santa Fe Railroad, which feared glare safety hazards and damage to its trackbed running through the project”s footprint, along with the ever-plummeting costs of installing solar power capacity closer to the urban areas where where the power will be used, made the project financially infeasible for K Road.

A statement by the group Basin and Range Watch, which has been tracking the Calico project since its inception, struck a cautious note of optimism. “While another PV developer may try to build on this site, we see this as a great story that this part of the old growth Mojave Desert will be spared for now,” said the group on its Facebook page, “or until the land managers can at least regain their sanity and stop sacrificing biodiversity for energy.”