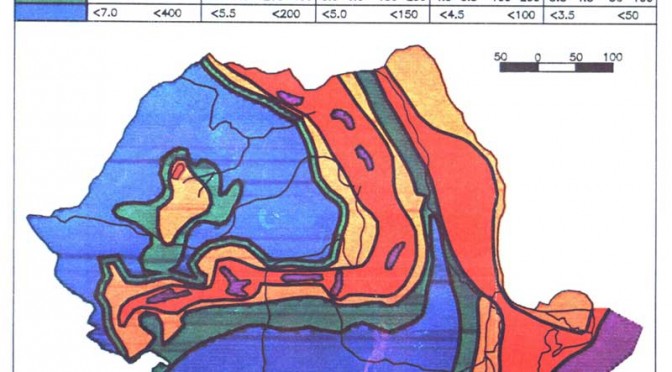 Enel Green Power was named ‘Renewable Energy Company of the Year’ at the second edition of the Romanian Energy Awards, recognition of its continuing work in developing the country’s renewable energy capacity.

Enel Green Power was named ‘Renewable Energy Company of the Year’ at the second edition of the Romanian Energy Awards, a prize handed to EGP in recognition of its nine wind farms, which have a total an installed capacity of almost 500 megawatts, of which 229 were connected to the grid over the last year.

The award, which was handed out in Bucharest last month, was received by Enel Green Power Romania’s Head of O&M Florin Gheorghiu. EGP was chosen as last year’s number one renewable energy company by a jury of energy industry experts, and was acknowledged for its commitment to green energy development in Romania.

‘This is a very important country for us’, said Head of Italy and Europe Area Roberto Deambrogio at April’s Investor Day. ‘We were one of the first companies to gain access to this market and we adopted a successful strategy of co-development with a local operator, which allowed us to install 500MW in two years and achieve a level of production that will exceed one terawatt-hour this year.’

The most recent plants were put online at the end of last year, are the three Elcomex EOL (Zephir I), Targusor (Zephir II) and Gebelesis wind farms in the region of Dobrogea, which have a total installed capacity of 206MW and a production, when they are fully operational, of about 560 million kWh per year. Investment for the construction of these plants amounted to around €340million.

Romania is one of the most promising European countries for renewable energy, particularly with regards to wind power, a source that according to governmental plans will see a growth of about 4,000MW by 2020. The country has a dynamic market of 20 million inhabitants whose energy consumption is still relatively low, as well as right sort of wind conditions for energy production.