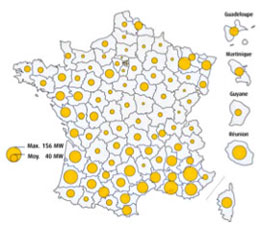 The 28th European Photovoltaic Solar Energy Conference and Exhibition (28th EU PVSEC) will take place from 30 September to 04 October 2013 at Parc des Expositions Paris Nord Villepinte in Paris, France. The five-day Conference is complemented by the three-day Exhibition, held from 01 to 03 October 2013. The event will be held in a period when France is increasing its PV activities. France launches a new set of incentive measures and has doubled its 2013 PV installation targets. The programme is expected to stimulate investments amounting to more than 2 billion Euros.

Paris, capital of France, is the focal hub of the French-speaking world, an economic force with an estimated population of 300 million in 29 countries. This role is reflected in France