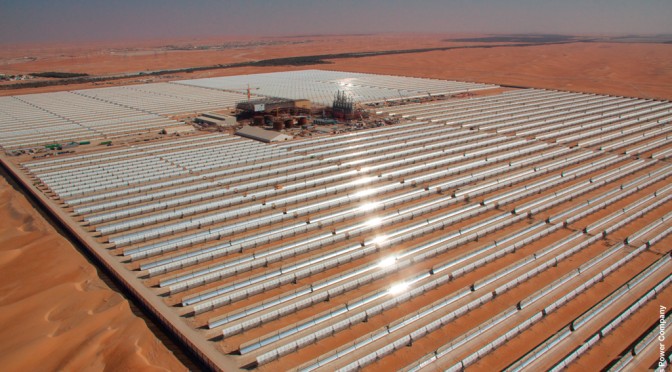 The US Department of Energy’s National Renewable Energy Laboratories (NREL, Golden, Colorado, US) has released a new report which quantifies the value that concentrating solar power (CSP) with thermal energy storage can add to California’s grid.

“Analysis of Concentrating Solar Power with Thermal Energy Storage in a California 33% Renewable Scenario” puts the value of CSP with storage at between USD 0.030 and 0.051 per kWh above that of “baseload” power, and USD 0.032 to 0.040 above solar photovoltaic (PV) generation.

“And the difference in value in CSP plants with and without thermal energy storage depends greatly on the amount of other variable-generation renewable energy sources on the grid, such as wind and photovoltaics.”

The report uses the PLEXOS model to quantify the value of CSP in reducing the need for conventional power generation from fossil fuels.

The operational value of CSP is compared in consideration with avoided fossil fuel, avoided emissions from that fuel, as well as reduced operations and maintenance and power plant start costs.

NREL states that the study demonstrated several valuable properties of dispatchable CSP, such as its ability to generate power during high-value periods when demand is high, and its ability to be turned off during low-value periods.
The agency says that it found “significant” operational value when CSP is allowed to provide reserve power, including frequently operating at less than full load. NREL notes that this would be a substantial change to current operational practices.

Under the constraints of the study, NREL found CSP to have a total value between USD 0.097 and USD 0.135 per KWh.

The full study is available on the NREL website: http://www.nrel.gov/docs/fy13osti/58186.pdf